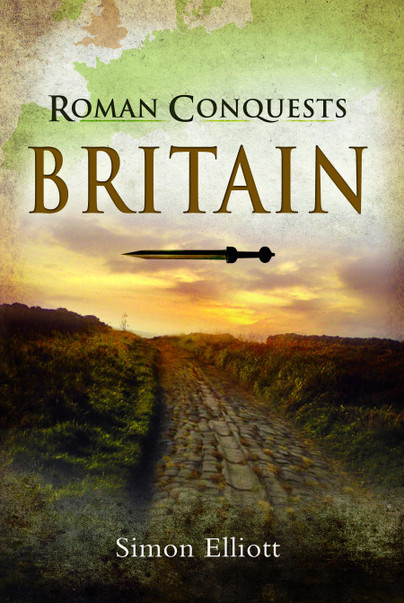 You'll be £15.99 closer to your next £10.00 credit when you purchase Roman Conquests: Britain. What's this?
+£4.50 UK Delivery or free UK delivery if order is over £35
(click here for international delivery rates)

Essential reading for anyone with even a minor interest in the Roman invasion of Britain. Superlative history.

To encompass such an immense topic successfully is, in itself an astonishing achievement, requiring exceptional organisation, enormous research – not to mention considerable writing skill...One of the great things about a book by Simon Elliott is that you find yourself completely immersed in the subject matter.

Simon Elliott has written what must now surely be the ‘go-to’ book on the Roman conquest of Britain.

In this book, the author takes us through this period, step-by-step, making sure we the readers are up to date on what Britain and Rome were like at the time, as well as how both parties interacted with Europe in general.

I was blown away by the detail in this book. You're treated to a whole lot of military history, including lots of Latin words, weapons and battle formations, which really helped me visualise events like the famous battle between Boudicca and the Romans. I learned a lot more about the extent of resistance to Roman rule too, which I hadn't really appreciated before. And I was so pleased to see a lot of modern research quoted, including references to recent archaeological evidence, which is always great in a history book like this.

The author Simon Elliott gives what seems to me, a well balanced and informed book, he explains a wide range of information and subjects such as politics, government, organisation, weaponry, armies and logistics. It rightly seems Simon deserves our respect as a leading award-winning broadcasting historian/archaeologist, and I loved the fact that some of the pictures and models belonged to the author himself. Talking of the pictures in this book there are some great photos, drawings, models in the book that really add to the book and the writing. There is also a great timeline and bibliography at the back of the book, and the timeline gives the reader a good basis of knowledge to use through the book or to go on for further reading.

This book Roman Conquests: Britain written by Dr Simon Elliott is a great book, full of fascinating details and information covering the Romans conquest of Britain. A very informed book, covers a wide range of time in an easy and understandable way, this book is certainly one I would recommend for the beginner to the subject or the person who already knows quite a bit. So much so that this has spurred me on more to get back into reading more about the Roman Empire.

Roman Conquests: Britain is a detailed, fascinating look into the conquest of Britain by the massive Roman war machine. Impressive research combines with an engaging narrative to make this an eminently readable book. 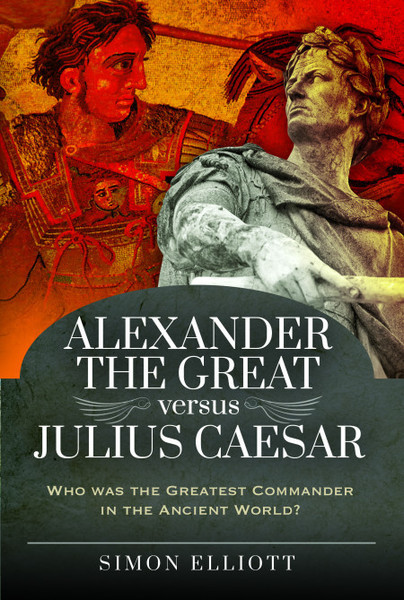 Alexander the Great versus Julius Caesar Who was the Greatest Commander in the Ancient World? (Hardback)

In the annals of ancient history the lights of Alexander the Great and Gaius Julius Caesar shine brighter than any other, inspiring generations of dynasts and despots with their imperial exploits. Each has been termed the greatest military leader of the ancient world, but who actually was the best? In this new book Dr Simon Elliott first establishes a set of criteria by which to judge the strategic and tactical genius of both. He then considers both in turn in brand-new, up-to-date military biographies, starting with Alexander, undefeated in battle and conqueror of the largest empire the world…