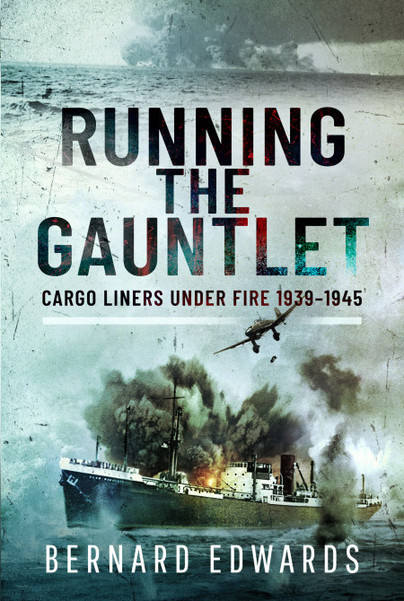 Add to Basket
Add to Wishlist
You'll be £14.00 closer to your next £10.00 credit when you purchase Running the Gauntlet. What's this?
+£4.50 UK Delivery or free UK delivery if order is over £35
(click here for international delivery rates)

In conclusion, it seems most fitting that this thoroughly recommended book, and the memory of all those crews who served the country so valiantly throughout six years of war, can perhaps be best summed up in a précis of the very words of brave Captain Capon himself on his return to Liverpool in September 1942:

This is the fascinating story of two German surface raiders and the havoc they caused amongst Allied shipping in World War II. One was the 8-inch gun cruiser Admiral Hipper, fast, powerful and Navy-manned: the other a converted merchantman, Hansa Line's Kandelfels armed with a few old 5.9s manned largely by reservists, and sailing under the nom de guerre of Pinguin. Contrary to all expectations, the amateur man-of-war reaped a rich harvest and went out in a blaze of glory. Her purpose-built sister, on the other hand, was hard-pressed even to make her mark on the war and ended her days in ignominy.…