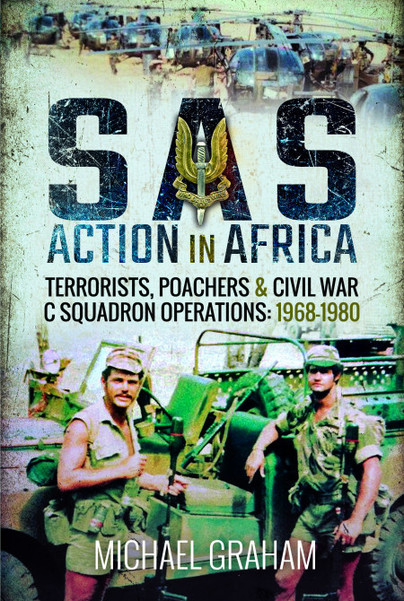 Add to Basket
Add to Wishlist
You'll be £11.99 closer to your next £10.00 credit when you purchase SAS Action in Africa. What's this?
+£4.50 UK Delivery or free UK delivery if order is over £35
(click here for international delivery rates)

This gripping action-packed book is the eagerly awaited sequel to the best-selling Secret SAS Missions in Africa. C Squadron SAS, comprising dedicated battle-hardened veterans, operated against ruthless terrorist groups, trained and equipped by the Chinese and Russians between 1968 and 1980.

The Author, who rose to be the Squadron Second-in-Command, is superbly qualified to tell the inside story of their daring and deadly operations undertaken regardless of international borders in former Southern Rhodesia, Zambia, Angola and Mozambique. These include actively supporting Renamo, who were bitterly opposed to the Marxist/Leninist Frelimo regime in Mozambique. Operation DINGO, the Squadron’s largest mission, destroyed a large ZANU training base and almost tipped the balance of power against Mugabe. We learn the story behind the shooting down of two civilian aircraft in what is now Zimbabwe and the special force follow-up to exact revenge. Also described are anti-poaching operations against break-away groups intent on trading ivory and rhino horns.

With its fast pace, colourful characters and behind-the-lines operations, SAS Action in Africa is a superb and thrilling read.

An interesting, very readable book, of some 199 pages detailing some of the activities of Sierra 17 of C Squadron of the Rhodesian SAS, during the intense war there and in Mozambique before black majority rule under ZANU PF in what is now Zimbabwe. The author was the officer commanding Sierra 17 during this period. The Rhodesian SAS were originally formed from history as C Squadron 22 SAS and have at the time this book relates too, kept the historical link with their founding Regiment.

The SAS are a premier Special Forces Organisation and the nature of their role results in very little coverage in print. This new book, by a 2IC of C Squadron is a fast paced exposure of SAS operations in Africa in the late 1950s through to 1980. – Most Highly Recommended.

What a pleasant read, I received this book not knowing much about this subject but found it unputdownable once I started.
It is written by a soldier who lived through the action and it describes the covert war in rhodesia and it is written in a way that engages its reader..... This is what makes this a 5 star book.
Anyone interested in the SAS family will not be disappointed by this fantastic book. 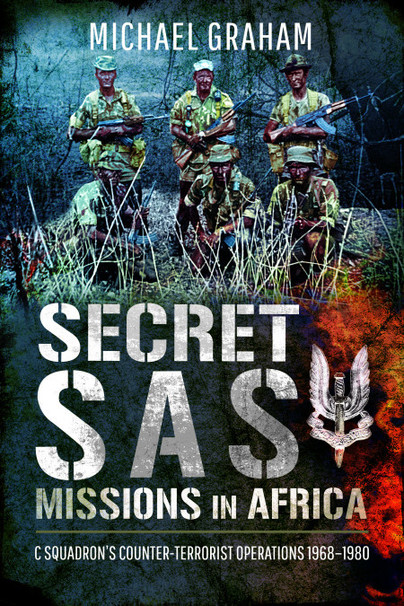 Click here to buy both titles for £24.98
More titles by Michael Graham