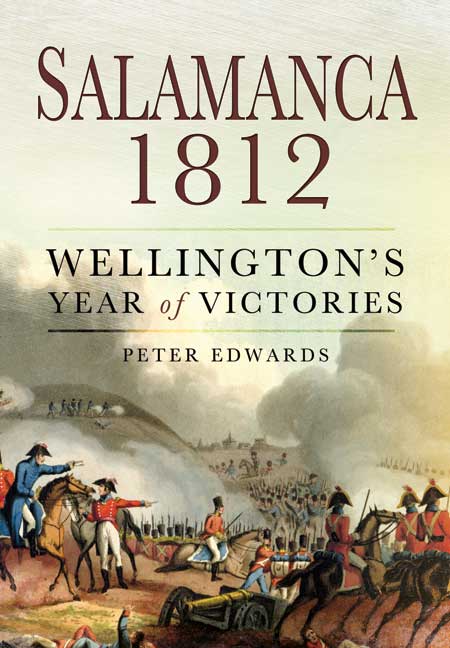 1812 was the year in which the Peninsular War swung in the favour of the combined forces of the British, the Spanish and the Portuguese. This was the result of a series of victories over the French gained by the allied armies under Wellington, and this is the subject of Peter Edwards's compelling new history.

The year began with Wellington launching a series of raids in Estramadura to distract French attention from preparations for an assault on Ciudad Rodrigo, which was taken in late-January. There followed the capture of Badajoz and the advance on Salamanca, which was captured after a ten-day siege.

The Battle of Salamanca, on 22 July, saw some 50,000 French troops arrayed against a similar number of allies. Using ground astutely, Wellington gained a crushing victory, inflicting over 14,000 French casualties. Although there was a rebuff at Burgos later in the year, Wellington's forces were firmly on the march to victory in the Iberian peninsula.

Peter Edwards uses an excellent range of sources to bring to life this pivotal year in the Peninsular War. His work offers a fascinating insight into the strategy, the command decisions and the experience of combat 200 years ago.

In addition to a thorough overview of the action, also included in the text are detailed studies of the sieges of Cuidad Rodrigo and Badajoz. The author draws on over 100 contemporary accounts bringing a degree of immediacy to the narrative and provides a fresh analysis of the reasons for Wellington’s success.

This new book by Peter Edwards recounts in detail the British Army operations in the Iberian Peninsular during the year 1812. It is a complete panorama of the eventful year; numerous sources allow the voices of participants without leaving aside strategic and tactical analysis of military operations.

A fresh analysis of the reasons for Wellington's success during the Peninsular War, with a thorough overview of Salamanca.

Peter Edwards served in the RAF from 1945 and later became a school teacher. He maintained a life-long passion for military history and has had numerous magazine articles published.