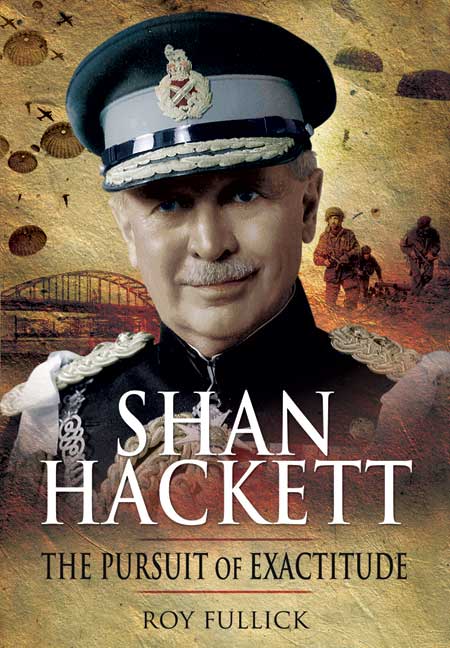 The Pursuit of Exactitude

Add to Basket
Add to Wishlist
You'll be £14.99 closer to your next £10.00 credit when you purchase Shan Hackett. What's this?
+£4.50 UK Delivery or free UK delivery if order is over £35
(click here for international delivery rates)

'Shan' Hackett is remembered by his own and succeeding generations for a variety of achievements and attributes. A superb fighting soldier, he served with the Trans-Jordan Force, had fought through North Africa and was involved in the formation of the Long Range Desert Group, the SAS and Popski's Private Army. He went on to raise 4th Parachute Brigade which he commanded with flair at Arnhem where he was wounded and captured. He escaped and got back to British lines. He rose to high rank filling key command and staff appointments in the British Army and NATO.

Always an intellectual, yet highly practical, man, he retired to become Principal of King's College London where he was revered by staff and students. He wrote many acclaimed works including The Third World War and its sequel The Third World War - The Untold Story. He was constantly in demand for his television programmes and radio commentary up to his death in 1997.

John "Shan" Hackett is best known as the commander of the 4th Parachute Brigade at Arnhem, but, as this biography reveals, he led an extraordinary life beyond that single, famous week in Holland, September 1944. Roy Fullick fully describes Hackett's participation in the battle, where he was severely wounded and taken prisoner, and then the months spent as a guest of the Dutch Resistance before his final, epic escape to the Allied lines in February 1945.