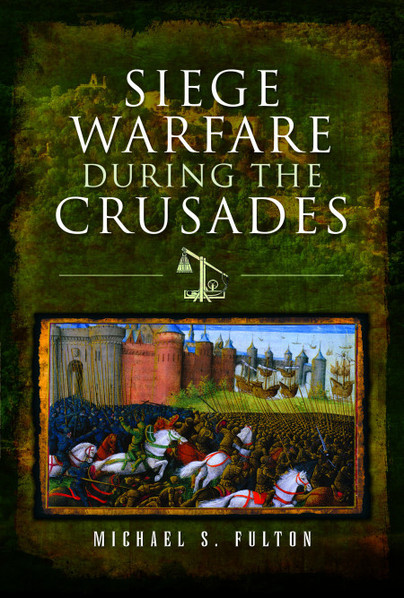 Siege Warfare during the Crusades (Hardback)

Add to Basket
Add to Wishlist
You'll be £21.00 closer to your next £10.00 credit when you purchase Siege Warfare during the Crusades. What's this?
+£4.50 UK Delivery or free UK delivery if order is over £35
(click here for international delivery rates)

This is an excellent approach to this subject, successfully placing the more famous sieges in the wider context of the period, giving us a much better idea of how the competing powers in the Middle East used and attacked fortifications.

Michael Fulton’s Siege Warfare during the Crusades will become an important source of reference for those studying or researching a conflict in which historiography has often over- looked the sieges of towns and castles at the expense of other aspects of war. A lavishly illustrated text full of original photographs of sites, many of which are inaccessible and hard to find images of, guides the reader through the strategies, tactics and weaponry of offence and defence in the Latin East, in doing so bringing out similarities and differences between Frankish and Muslim experiences. The extracts from primary sources included as boxed text might prove invaluable, while the select site-by-site bibliography is also handy, as is the list of sieges with key details of outcomes and techniques employed. Archaeological evidence doesn’t take a back seat: it naturally features heavily in the sections relating to fortification, but there are also glimpses of the sometimes ephemeral material evidence for the practice of siege warfare, including trebuchet munitions and mines.

The Society for Medieval Archaeology