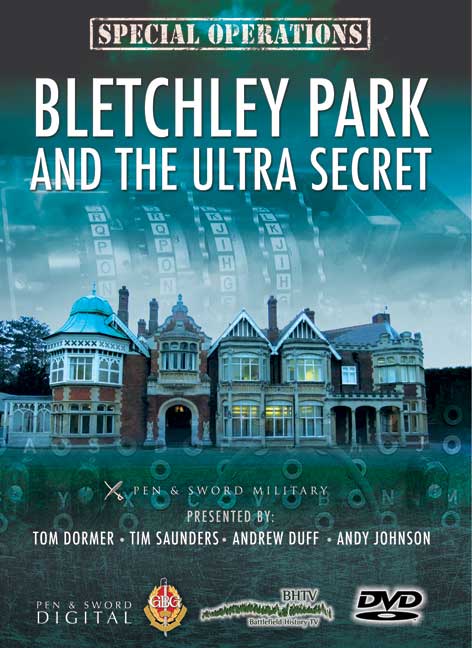 Add to Basket
You'll be £16.99 closer to your next £10.00 credit when you purchase Special Operations: Bletchley Park and the Ultra Secret. What's this?
+£4 UK Delivery or free UK delivery if order is over £30
(click here for international delivery rates)

During the Second World War, Bletchley Park was the site of the UK's main decryption establishment, the Government Code and Cypher School (GC&CS), where cyphers and codes of several Axis countries were decrypted, most importantly the cyphers generated by the German Enigma and Lorenz machines.

The high-level intelligence produced at Bletchley Park, codenamed Ultra, provided crucial assistance to the Allied war effort. Sir Harry Hinsley, a Bletchley veteran and the official historian of British Intelligence during the Second World War, said that Ultra shortened the war by two to four years and that the outcome of the war would have been uncertain without it.

In this newly commissioned documentary film, the BHTV team of historians and battlefield guides explain the history of this legendary World War Two site. Filmed in collaboration with the Bletchley Park trust, the team have been given complete access to the building and its official history, culminating in a complete and detailed history of the site from its vital use as an intelligence base to its conversion as a museum in 1993. The team also interview some of the surviving veterans who worked at Bletchley at the time and helped to break the Enigma coding.

Now underway is an £8m, Heritage Lottery Funded restoration programme, which will come to fruition in time for the 70th anniversary of D-Day. This DVD will be launched in conjunction with the opening of the newly refurbished shop and will be an ideal purchase for all Second World War and Special Operations enthusiasts.

This is an excellent video, based on thorough research and presented by a team that has developed its own unique and authoritative style. The video is well lit and edited to provide a smooth presentation of a very complex subject, capturing the human elements of the story. A video not to be missed.