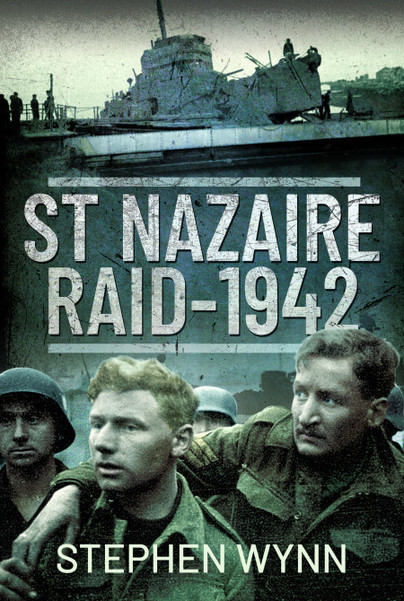 The raid on St Nazaire has gone down in history as one of the most daring commando raids of all time. Given the code name of Operation Chariot, it took place in the early hours of Saturday, 28 March 1942, and was a joint undertaking by the Royal Navy and British Commando units.

The port at St Nazaire, which sits on the Loire estuary and the Atlantic Ocean, has a dry dock that was capable of accommodating some of Germany’s biggest naval vessels, such as the Bismarck, or the Tirpitz. By putting the port out of action, any repairs or maintenance work that needed to be carried out would instead have to be undertaken back home at the German port of Bremerhaven. To do this, the German vessels would either have to navigate the waters of the English Channel or the North Sea, with both journeys potentially bringing them to the attention of the Home Fleet of the Royal Navy.

A raiding force of 612 officers and men were assembled and dispatched from Falmouth to carry out the raid, sailing on board the obsolete British destroyer HMS Campbeltown, along with 18 Motor Launches. The idea was to ram the destroyer in to the outer gates of the dry dock at St Nazaire and put it out of action for as long as possible. The raid was a success, but came at a price: of those who set out, 169 were killed whilst a further 215 were captured. Only 3 Motor Launches and 228 men escaped and made the return journey back to the UK.

Many brave men gave it their all during the action at St Nazaire, to such an extent that 89 of those who took part in the raid were awarded decorations for bravery, including 5 who were awarded the Victoria Cross.

"Stephen has written a fascinating full reassessment, almost novelistic in reconstructing the
spectacular attack. It is penetrating, honest, satisfying, and, above all, beautifully narrated story."