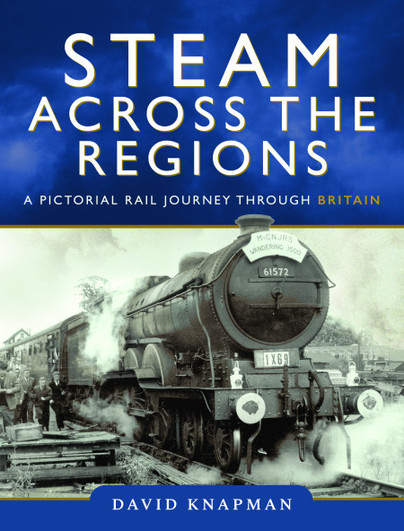 Steam Across the Regions (Hardback)

A Pictorial Rail Journey Through Britain

Add to Basket
Add to Wishlist
You'll be £25.00 closer to your next £10.00 credit when you purchase Steam Across the Regions. What's this?
+£4.50 UK Delivery or free UK delivery if order is over £35
(click here for international delivery rates)

This is the third volume by David Knapman, using photographs from his extensive collection.

This book looks at the steam era on all the former British Railways regions, through the lens of a young railway photographer in the 1960s.

The author originally lived on the Southern Region, but as the result of a family move ended up living on the former Great Eastern Railway in Essex.

David Knapman was lucky, in that he was able to access London from his home and photograph steam traction at most of the London Terminus stations, as well as taking pictures at other locations in the London and home counties area, before venturing further afield, to other parts of Britain.

This is an offering of his work as a young railway photographer in the 1960s, before the diesel and electric invasion, that marked the end of the steam era.


In summary, the book is well worth picking up and the 100s of pictures are a fantastic record of times gone by.

Another sample of the magnificent work of David Knapman.