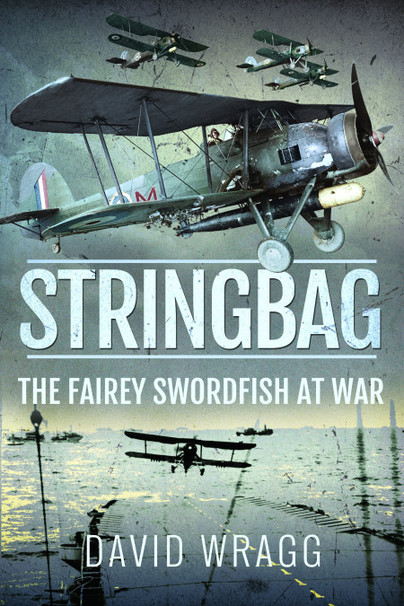 The Fairey Swordfish at War

Add to Basket
Add to Wishlist
You'll be £10.39 closer to your next £10.00 credit when you purchase Stringbag. What's this?
+£4.50 UK Delivery or free UK delivery if order is over £35
(click here for international delivery rates)

During World War Two an American naval officer stared at a Swordfish for the first time.

'Where did that come from?' he asked. 'Fairey's', came the reply from a British naval officer standing nearby. He stroked his chin thoughtfully. 'That figures', he replied.

This is a narrative account of the operations of the Fairey Swordfish throughout World War Two. The most famous of these was the attack on the Italian fleet at Taranto, crippling three battleships and damaging several other ships as well as the seaplane base and an oil storage depot. The Swordfish played a prominent part in the Battle of Matapan and in the sinking of the Bismark. Less happily, Swordfish were used in the unsuccessful and ill-prepared raid on the Germans at Petsamo and in the abortive attack on the battle cruisers Scharnhorst and Gneisenau during the Channel Dash in 1942.

Throughout the book, the text is interwoven with personal accounts by naval airmen.