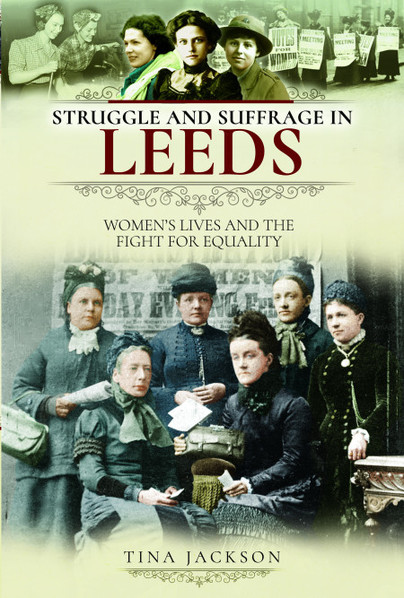 Struggle and Suffrage in Leeds (Kindle)

Click here for help on how to download our eBooks
Add to Basket
Add to Wishlist
You'll be £4.99 closer to your next £10.00 credit when you purchase Struggle and Suffrage in Leeds. What's this?
Need a currency converter? Check XE.com for live rates

The story of Leeds is bound up in the stories of its women workers. But what were conditions like for ordinary women, and how did their lives change in the hundred years between 1850 and 1950? Who were the women who toiled in the mills, factories and sweatshops that transformed the city’s landscape? Where and how did they live? What did they do in their leisure time? What happened to them when they needed medical care? What did the campaign for suffrage mean in real-life terms for the women who had no vote and whose voices have rarely been heard?

In Leeds, the campaign for suffrage was set against a backdrop of industry that relied on women workers for whom hardship was a fact of life. As the campaign for votes for women gained traction from the 1860s, social and political reformers and activists worked to improve conditions not just in industry, but in schools, hospitals and in the opportunities available to women and girls.

Some of the women, like the prominent suffragette Leonora Cohen and Leeds’ first female MP, Alice Bacon, are still talked about, but the city’s history is full of the stories of exceptional, inspirational women who in their own ways did their bit, broke the mould, and refused to fit into proscribed roles. In doing so, they opened the door for women to achieve some of the freedoms we now take for granted. This new, fully illustrated book brings them back from obscurity and lets their voices to heard.

"In addition to being an excellent book about the struggle for suffrage, it provides a social history of working women during this period."

'How I wrote two books in a year'
Author article for

Article: 'New book tells unheard stories of women who changed the face of Leeds' as featured by

Tina Jackson is a writer and journalist who began her career at independent paper the Northern Star/Leeds Other Paper, which is a part of Leeds’ radical history. Currently assistant editor at Writing Magazine, she was arts editor at The Big Issue, an editor for Metro in the North and has freelanced for many national newspapers and magazines. Her Leeds family history touches closely on some of the material in the book: her great-grandmother worked at Barnbow munitions factory and in a clothing sweatshop and her grandmother as a tailoress in the textile industry.