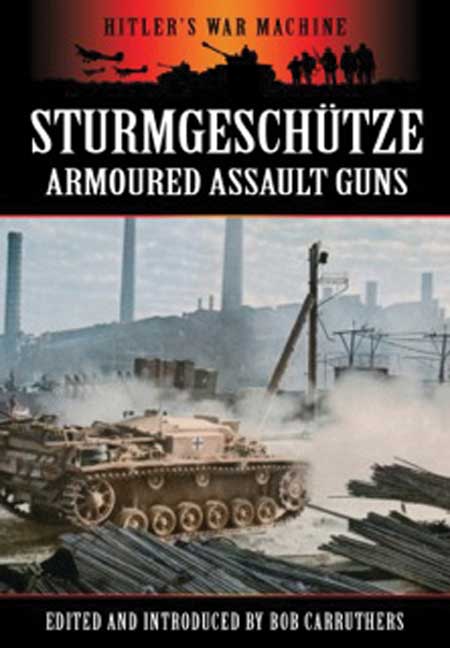 Add to Basket
Add to Wishlist
You'll be £9.99 closer to your next £10.00 credit when you purchase Sturmgeschutze. What's this?
+£4.50 UK Delivery or free UK delivery if order is over £35
(click here for international delivery rates)

The Sturmgeschütz rumbling forward into action is one of the iconic images of World War II. As mobile assault guns, the StuGs were essentially designed as infantry support weapons, but they also proved themselves as highly effective tank destroyers.

Drawing on a variety of rare primary sources and photographs this outstanding study explains the role of the StuG in context and examines the combat records of the StuG aces such as Franz von Malachowski, and Knight's Cross holder Oberwachtmeister Hugo Primozic of Stug.Abt.667. Indispensable reading for anyone with an interest in armoured warfare.

Drawing on a variety of rare primary sources and photographs this outstanding study explains the role of the StuG aces such as Franz van Malachowski, and Knights Cross holder Oberwatchmeister Hugo Primozic of Stug.Abt,667. This is an indispensable guide to anyone interested in this vehicle.