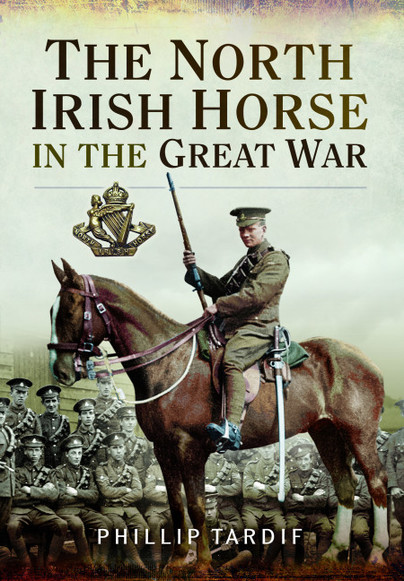 The North Irish Horse in the Great War (Paperback)

Add to Basket
You'll be £11.89 closer to your next £10.00 credit when you purchase The North Irish Horse in the Great War. What's this?
+£4.50 UK Delivery or free UK delivery if order is over £30
(click here for international delivery rates)

The book is a history of an Irish regiment in action during a war now 100 years in the past. The author has done an incredible amount of research to bring the participants to life during a period of tremendous stress. The regiment was formed as a cavalry unit early in the 20th century and met as do reserve units do today. Meetings once or twice a month and an active duty session once every year or so. The activities were taken as a lark by the participants as attested to by their own words gathered from their descendants by the author. More drinking and fun and games interspersed with a bit of military training were the order of the day.
When war broke out between England and Germany the Irish Horse was activated and sent to France to be incorporated with the BEF (British Expeditionary Force). In spite of a background of conflict between England and Ireland regarding the question of Irish Home Rule the Regiment answered the call. Using the words of the participants the author follows the moods and feelings of the men in action. For example, at the opening of the fighting some of the soldiers came upon a wounded German soldier. In their own words they bandaged his wounds and since they had no way to transport him to their lines just left him to make his way back to his own lines. Later after years of fighting the soldiers take a group of German soldiers prisoners. Again, in their own words they couldn't get them to the rear, got bored with the situation and killed them.
The NIH fought in many of the major battles of the great war. They began with the retreat from Mons, went on to fight at the Somme, Ypres (several times) Passchendaele and the major actions in the last months of the war which defeated the enemy army. The book's strong point is definitely the presentation of the regiment's soldiers as real men tossed into a situation of horror facing death and crippling wounds and doing what must be done. There is an afterward which follows as many of the veterans as possible into their lives after the war including some of their participation in World War II.
I must admit to an interest in history as presented with the vehicle of the presence of those participating in it, and the current book does take that a step further with the addition of their actual words and reactions.