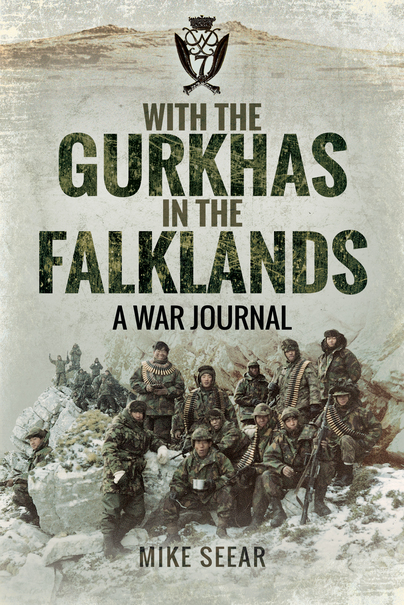 With the Gurkhas in the Falklands (Paperback)

Add to Basket
Add to Wishlist
You'll be £11.89 closer to your next £10.00 credit when you purchase With the Gurkhas in the Falklands. What's this?
+£4.50 UK Delivery or free UK delivery if order is over £35
(click here for international delivery rates)

Regarded by many as the world’s finest infantry soldiers, the Gurkhas’ fierce reputation for battlefield aggression and stealth combined with the adroit use of their famed kukri knife, injected great fear into the occupying Argentine troops on the Falkland Islands in 1982. As the British Task Force’s largest unit, the 711-strong 1st Battalion, 7th Duke of Edinburgh’s Own Gurkha Rifles embarked on board the Cunard liner RMS Queen Elizabeth 2 on 12 May to depart from Southampton to the South Atlantic with the remainder of 5 Infantry Brigade.

But even before their departure, the Gurkhas’ reputation had been working overtime, and was already causing an increasingly debilitating psychological concern amongst their ‘dush’ (enemy). The Argentine media spun a plethora of totally untrue stories about these Nepalese troops during the next few weeks. Even today the latter’s perceived ‘bestial’ reputation continues to live a life of its own in Argentina. As a result, the Gurkhas’ operations were to be affected profoundly when, after twenty days at sea, they landed at San Carlos, East Falkland to participate in the land campaign’s final fourteen days.

Written by one of their British officers, this book conveys the Gurkhas’ impressive professionalism as well as the personal and emotional aspects of his deployment on Operation Corporate. It provides a unique insight into a legendary fighting force surrounded by mystique and which exercised an uncompromising Regimental ‘kaida’ (the way things are done). This is both a serious and light-hearted account of the Gurkhas’ intensive training for war on land and at sea, transition to operations, preparations for battle, involvement in combat, and the cessation of hostilities’ aftermath.

The author was a light infantry officer, seconded to the Gurkha Battalion a month before the Argentine bandits invaded the Falklands. – The Gurkas are one of the finest infantry units in the world and are a highly valued component of the British Army – Most Highly Recommended.

What fascinating reading. Your book is a gem! ... I think you presented vulnerable aspects of an officer’s life that most of us would perhaps not like to readily acknowledge to ourselves. Most of us want to ‘plump up’ our combat experiences, especially as we get older. Personally, I thought it was a great piece of work! I actually have a greater admiration for any combat soldier (especially an officer), who dares to put this out in public.

Mike Seear … embarks upon an overdue and riveting narrative … There is no hint of triumphalism of the victor in With the Gurkhas in the Falklands: A War Journal. Yet its very status as journal … reinforces the construction of meaning and the constituent moment of the power of image projection as exercising a no less real impact on the psyche of enemy and friend alike.

Bernard McGuirk, Professor Emeritus of Romance Literatures and Literary Theory, University of Nottingham, UK, and author of the book Falklands-Malvinas: An Unfinished Business

I have only just had the opportunity of completing your excellent book. It was an engrossing read (and) one of the best books on the Gurkhas … I must congratulate you on a book I shall treasure.

Mike Seear has written a terrific book. While it is an extraordinary trip down memory lane for anyone who was with the battalion in 1982 and took part in the Falklands War, it has much
wider appeal that takes it beyond even the casual reader of military history.
I found myself marvelling at the detail Seear has managed to glean, all of which goes to show that waiting for twenty years has paid rich dividends. The book is immeasurably better for the maturation process, painful and frustrating though this must have been for the author.
The book eschews the cold objectivity of a regimental history in favour of an engagingly personal angle which, from this writer’s point of view, greatly strengthens it. In effect, it pushes the book into a different league. On the one hand, the reader has almost a pocket history of the whole war, while on the other, Seear has also managed to craft an incredibly engaging story. It is personal and brutally honest ... The book is from the heart, devoid of pomposity and illusion. No other factual book that I have ever read about the Gurkhas has ever achieved this” – Major (Retd.) Nigel Price, former Mortar Platoon Commander, 1st/7th DEO Gurkha Rifles in the Falklands War (published name Anthony Conway and author of the novel The General’s Envoy and four other novels published by Hodder & Stoughton, UK).
“Mike Seear has written in many ways a complete story. He illustrates with insight and precision nearly all aspects of a soldier’s life before, during and after the Falklands War. He tells a professional and honest story, and he gives very much of himself to the reader … The deployment of the Brigade on Queen Elizabeth 2 is a study in the art of improvisation, ability to adapt and how best to utilize time and space for preparations. Everything from how to carry out physical training, shooting exercises, evacuation exercises and continual task and situation updating, is presented in a mosaic of time windows, co-ordination meetings, and well thought-out plans ... Add a constant fear of the enemy’s unclear U-Boat capacity and an increasing air threat. It is as if one can feel the fear creep in between your shoulder-blades. Mike Seear was there. The operations in the Falklands are portrayed with many good observations and critical reflections as to how an infantry brigade was put together for the task of combat operations. Together with (Major General (Retd.)) Julian Thompson’s No Picnic – 3 Commando Brigade in the South Atlantic, I consider this book as one of the best of all the books in the Falklands bibliography… a valuable contribution to all who want to learn more about how to prepare and lead a combat battalion in war.

… one of the best accounts of a battalion preparing for war I have ever read.

As a Light Infantry officer, Mike Seear was seconded to this Gurkha Battalion one month before Argentina ‘re-took’ the Falkland Islands by military force on 2 April 1982. His initial appointment was the Battalion Operations and Training Officer, with a secondary role of Battalion Public Information Officer. Directly involved in planning the Battalion’s training, handling the media and working in Battalion Tactical HQ on exercise and in the South Atlantic Theatre of Operations, he was ideally qualified to write this book post-war.

After twenty-one years of service, Seear retired from the British Army in 1988 with the rank of Major. Since then he has lived in Norway, initially being employed as the Scandinavian Airlines Security and Emergency Response Manager. Further capitalizing on his military experiences in the Northern Ireland ‘Troubles’ and with the Gurkhas in the Falklands War, Seear today is an international crisis management consultant specializing in the civil aviation industry. His work includes the design, construction and delivery of realistic exercises to airlines, airports and other organizations. 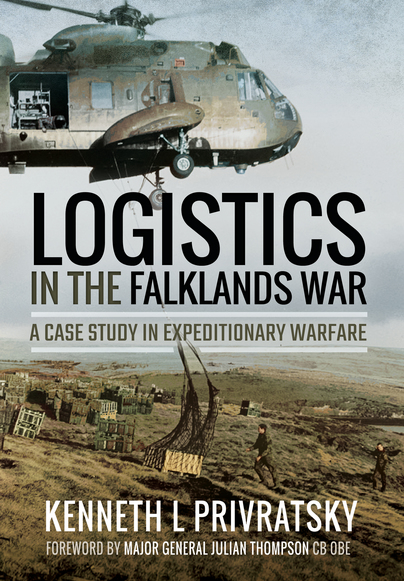 Logistics in the Falklands War (Paperback)

While many books have been written on the Falklands War, this is the first to focus on the vital aspect of logistics. The challenges were huge; the lack of preparation time; the urgency; the huge distances involved; the need to requisition ships from trade to name but four. After a brief discussion of events leading to Argentina's invasion the book describes in detail the rush to re-organise and deploy forces, despatch a large task force, the innovative solutions needed to sustain the Task Force, the vital staging base at Ascension Island, the in-theatre resupply, the set-backs and finally the…

Click here to buy both titles for £23.78
Customers who bought this title also bought...
Special Offer