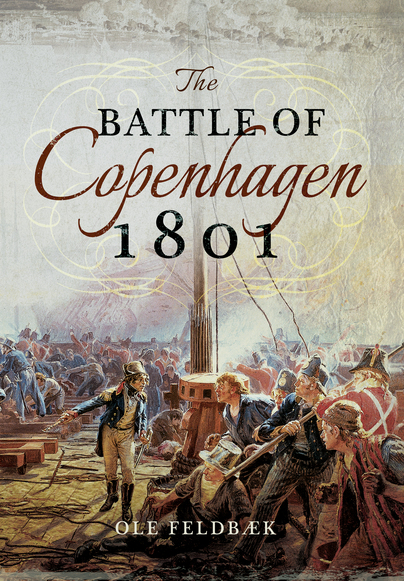 The Battle of Copenhagen 1801 (Paperback)

Add to Basket
Add to Wishlist
You'll be £14.99 closer to your next £10.00 credit when you purchase The Battle of Copenhagen 1801. What's this?
+£4.50 UK Delivery or free UK delivery if order is over £35
(click here for international delivery rates)

Written by the leading Danish authority on the period, this splendid work brings to life Nelson's historic victory immortalised by his so famously turning a blind eye to his superiors order to halt operations. As well as describing the brilliance of the British tactics, the work fascinatingly reveals the desperate action and great bravery displayed by the Danish defenders who suffered appallingly in the fighting. Professor Feldbaek's account has been highly successful in Danish and its publication in English is eagerly awaited.

It is not very often that one reads a history book as satisfying as this one. It thoroughly, and expertly, covers the underlying politics, the military and naval strengths and weaknesses, the personalities and backgrounds of the generals and admirals and diplomats and common soldiers and sailors, the economics, the weapons, the weather, the geography. And of course, the main section is the very detailed description of the battle, its causes and aftermath.

It was written by a distinguished Danish academic, presenting information from the Danish and British archives in a non-partisan, fluent style.

There are several good maps, which I referred to repeatedly, some pictures, and an extensive bibliography.

This history book is so good, that I almost feel embarrassed to comment about it from my position as an interested, general reader.

Read it. You will not be disappointed.

The book is very well researched and written. It is not a dry historical rendition of the past but a vibrant and engaging account of a defining moment of the Napoleonic wars. It puts a human face on the cross section of protagonists from the lowest of the seamen to the most senior of leadership. For naval enthusiasts as well as those followers of the Napoleonic period this book provides an excellent account of a naval battle often times lost in the emphasis placed upon the Battle of the Nile and Trafalgar.

Highly recommended and ought to be on the bookshelf of every self-respecting member of The Nelson Society.

Professor Ole Feldbaek is a professional historian and academic at Copenhagen University. He has numerous literary works to his credit.