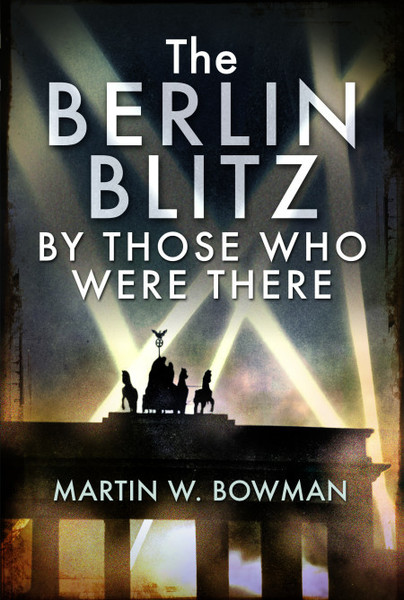 The Berlin Blitz By Those Who Were There (Hardback)

Preorder
Add to Wishlist
You'll be £20.00 closer to your next £10.00 credit when you purchase The Berlin Blitz By Those Who Were There. What's this?
+£4.50 UK Delivery or free UK delivery if order is over £35
(click here for international delivery rates)

The Allied bombing of Berlin was the longest and most sustained bombing offensive against one target in the Second World War. The Berlin Blitz By Those Who Were There is a compelling, gripping and thought-provoking story of the Allied bombing forces and the ordinary people on the ground, told in their own tongue and with meticulous attention to detail. The result is a coherent, single story which unfolds in a straightforward and incisive narrative.

This work draws attention in some detail to the major raids on the Reich capital by RAF Bomber Command from the late summer of 1940 to September 1943. It begins with the reliable but largely ineffective twin-engined Blenheims, Hampdens, Wellingtons and Whitleys, through to the introduction into front-line service of the four-engined ‘heavies’ - the Stirling, Manchester and Halifax, which bore the brunt of the bomber offensive until the advent of the incomparable Avro Lancaster in 1942 and the superlative Mosquito. On 30 January 1943, on the tenth anniversary of Hitler’s usurpation of power, two formations (each of three Mosquitoes) appeared over Berlin in daylight and interrupted large rallies being addressed by Goering and Goebbels.

Sir Arthur Harris, Commander-in-Chief, RAF Bomber Command, hoped to ‘wreck Berlin from end to end’ and ‘produce a state of devastation in which German surrender is inevitable’. But the ‘Big City’, as it was known to his faithful ‘old lags’, was never completely destroyed.