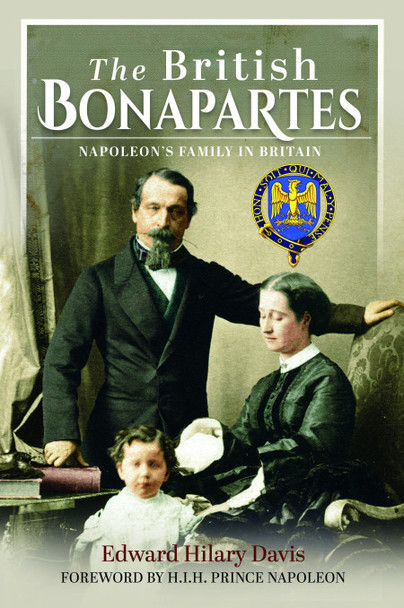 Add to Basket
Add to Wishlist
You'll be £17.60 closer to your next £10.00 credit when you purchase The British Bonapartes. What's this?
+£4.50 UK Delivery or free UK delivery if order is over £35
(click here for international delivery rates)

A hitherto unexamined history of the wider Bonaparte family, presented in a new way and shedding fresh light on their eventful lives in Britain. From duels on Wimbledon Common and attempted suicides in Hyde Park, to public brawls and arrests in Shropshire and the sexual adventures of a princess who rescued Freud from the Nazis and brought him to Britain, this book exposes the curious events surrounding the family’s exploits in England, Scotland and Ireland. Originally an island family themselves, the Bonapartes have had a surprisingly good relationship with the British Isles. In just two generations, the Bonapartes went from being Britain’s worst enemy to one of Queen Victoria’s closest of friends. Far from another mere history of Napoleon Bonaparte, this book is divided into different branches of the Bonaparte family, detailing – in an anecdotal and amusing way – their rather scandalous lives in Britain.

For example, few will know that Napoleon III was once a volunteer constable in London and arrested a drunk woman; or that Princess Marie Bonaparte sponsored Prince Philip’s education as well as conducted her own research into the clitoris in her quest to achieve an orgasm; or that Napoleon IV fought for the British army and was killed by the Zulus; or that one Bonaparte was even made a High Sheriff in a British town. Today, the head of the family is London-based and works in finance. The Bonapartes are known to most as the enemies of Britain, but the truth is quite the opposite, and far more entertaining.

Edward Hilary Davis is a historical consultant and a special advisor. He began his career as a researcher at Her Majesty's College of Arms, London, later becoming a medals specialist at Spink & Son, and has independently advised royal families, governments and embassies on protocol, ceremony, and medals, as well as been a historical advisor on film and TV productions. He has worked in architectural Heritage Consultancy for Purcell as well as interviewed and worked with other historians such as Professor Kate Williams.

Educated at Lancing, Royal Holloway, and Cambridge, he is President of the Cambridge University Heraldic and Genealogical Society, Councillor of the Huguenot Society of Great Britain and Ireland, and co-organiser of the Royal Versailles Ball 2022.