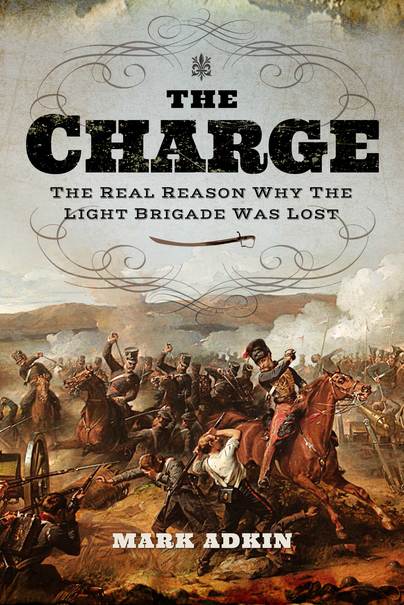 The Real Reason Why the Light Brigade Was Lost

Click here for help on how to download our eBooks
Add to Basket
Add to Wishlist
You'll be £4.99 closer to your next £10.00 credit when you purchase The Charge. What's this?
Need a currency converter? Check XE.com for live rates

The charge of the Light Brigade! One of Britain's best known glorious disasters. This book shatters many long-held conceptions of how and why it happened, and who was to blame. The reader rides with the Regiments down the valley, visits the Russian guns as they frantically fire from three sides, before limping painfully back up the valley with the survivors. The story switches skilfully from the strategic and tactical problems of the battlefield to what it was like for the trooper in the valley or a Russian gunner serving his cannon. Through the novel use of sketches the reader can, at every stage, look down the on the battlefield from the same position as that used by the British commander-in-chief, Lord Raglan. He sees the situation as Raglan saw it when he gave each of his infamous four orders that led to the charge. The fourth order, that launched the Brigade down the valley of death, involved four 'horsemen of calamity'. Raglan gave the order, Captain Nolan delivered it, Lord Lucan received it, and the Earl of Cardigan executed it. History has disagreed over the share of the blame. This book makes a masterly analysis of the probabilities and discusses factors previously overlooked. There is a cogent argument, never made before, that the blunder was deliberate. This book is essential reading for all who would delve into one of the most controversial episodes of military history, and who would like to unravel fact from fiction. The author has done a remarkable job. This book is probably the closest we will ever get to the truth about the charge of the Light Brigade.