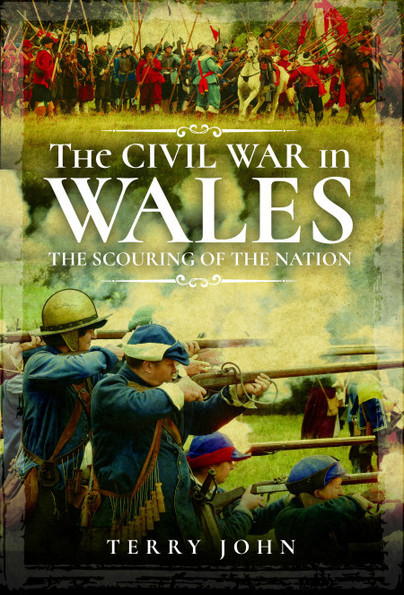 The Civil War in Wales (Hardback)

The Scouring of the Nation

Add to Basket
Add to Wishlist
You'll be £25.00 closer to your next £10.00 credit when you purchase The Civil War in Wales. What's this?
+£4.50 UK Delivery or free UK delivery if order is over £35
(click here for international delivery rates)

The Civil Wars of the seventeenth century had a devastating effect upon Wales and the Marches, stripping the country of its human resources and ruining whole communities. This book explores the years of conflict between 1642 and 1649, detailing the campaigns, sieges and battles which took place in every corner of the country, presenting information from a wide variety of sources to paint a wide-ranging picture of the nation at a significant turning point in its history.

"John does provide a popular account of the Civil War in its military aspects."

Civil War is a de-humanising experience inflicted on societies causing death not only through fighting in battles but also by indiscipline and senseless violence of its prosecutors. Terry John has produced a valuable contribution about how Wales became involved and entangled in the ‘English’ Civil War. His in depth, research of archival resources, parish records attention to detail are to be commended. Biographical descriptions of the many personalities mentioned and their role in the civil war are clearly and concisely brought the to readers attention. Within the book are black and white photographs, drawings, maps, end notes, bibliography and index. Over the centuries many nations have experienced the furnace of a civil war which reshaped and forged over succeeding generations their modern society of today. This informative book about the civil war Wales bears testimony to this.

All in all an excellent read.

Terry John's book fills in an enormous number of gaps in our knowledge about the civil wars that dominated the first half of the seventeenth century.

An easily readable work. Covers the whole of Wales, but includes battles and incidents in England as they affected events in Wales.

The Civil War in Wales by Terry John is a well-structured comprehensive history of the Civil War as it affected Wales. Note my slight adjustment at the end of that sentence. The book doesn’t just cover what happened in Wales, it also covers Chester and the movement of Welsh armies in England.

The book gave me fresh insights into the war. There were very few people, other than the upper classes, who probably cared enough to want to fight on either side. The majority of foot soldiers were effectively pressed into fighting as counties were told to provide a fixed number of men. They didn’t want to fight; were scared; and were happy to run away if the chance arose. (I would definitely have been in that cohort.) Quite often, they would turn up for a campaign using whatever they had as a weapon, e.g. pitchforks, cudgels and scythes.

It’s fair to say the majority of the Welsh were not in favour of the war. Sir Thomas Dabridgecourt wrote to Prince Rupert, “[…] if your Highness shall be pleased to command me to the Turk, or Jew, or Gentile, I will go on my bare feet to serve you; but from the Welsh, good lord deliver me.” The people wanted to provide neither men nor money but both Charles and Parliament needed money to continue. John occasionally gives us some details of the pay that was owed to the soldiers. It’s quite staggering that some mounted Parliamentary troops were owed 43 weeks pay in 1647.

The book handles the flows of people across geography and over time as well as it can. It’s not easy to discuss how Colonel X’s army marched from Wales into Cheshire, down to Shropshire and back again during 1642-1643, say. John structure the book into a chapter per year and then geographical sections within each chapter, e.g. Chester, January and February; North Wales, January to December; and sometimes specific towns, if he wants to focus on a particular siege or battle.

The final chapter, looking at the aftermath of the war, is excellent. Because so many animals had been taken to feed troops on both sides, it took years for the numbers of cattle and sheep to creep back to pre-war levels. Castles, houses (big and small) were either demolished or at least slighted. The destruction of a castle or manor meant unemployment for maids, grooms, stewards, carpenters, etc.. That, combined with the number of injured soldiers, placed a huge strain upon parish resources. The better-off, who would normally contribute to those resources, had themselves seen a drop in income and/or wealth. I can see why John states that the effects of the war on Wales lasted well into the eighteenth century.

This is definitely a book to which I shall return.

Terry John worked as a teacher and as Education Officer for Pembrokeshire Coast National Park. With a life-long passion for history, he has written articles and books on historical subjects and is a member of a Parliamentary regiment of the Sealed Knot. 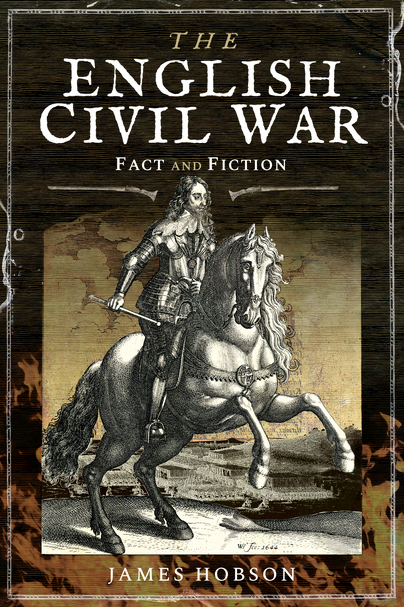 Have you ever found yourself watching a show or reading a novel and wondering what life was really like in the Civil War? Did the war really split families? Was Charles I just too stupid to be King? Did Cromwell really hate the monarchy and did Parliament actually ban Christmas? In The English Civil War: In Fact and Fiction, you’ll find fast and fun answers to all your secret questions about this remarkable period of British history. Find out about people’s lives and how the Civil War affected them. Learn about the role of women and if they merely stayed at home and suffered, and if Cromwell…

Click here to buy both titles for £37.99
Other titles in Pen & Sword History...
eBook