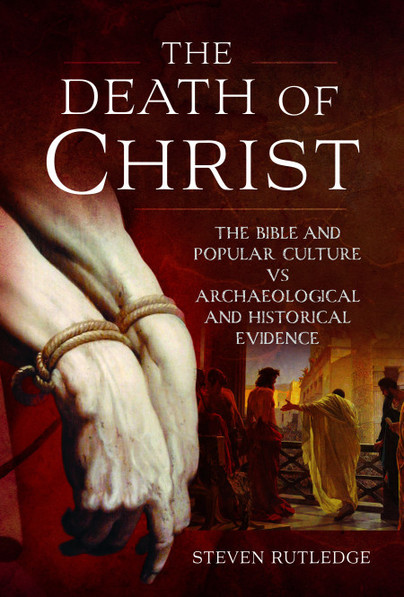 The Death of Christ (Hardback)

The Bible and Popular Culture vs Archaeological and Historical Evidence

Preorder
Add to Wishlist
You'll be £14.00 closer to your next £10.00 credit when you purchase The Death of Christ. What's this?
+£4.50 UK Delivery or free UK delivery if order is over £35
(click here for international delivery rates)

What was the world like, and what was going on in it, around the time of Jesus’ death? This study examines this very question, and also seeks to place Jesus in his larger historical context, as a non-citizen resident of the Roman Empire living in Judaea and Galilee in the 20s and 30s AD. The book explores the larger background and context to some of the major power-brokers of the Roman Empire in Jesus’ day, including the emperor Tiberius, his ambitious Praetorian Prefect Sejanus, Judaea’s governor Pontius Pilate, and the client king who governed Galilee, Herod Antipas. It further explores some of the larger historical and cultural context and background of some of the characters who parade through the gospel accounts, including the treacherous informant Judas Iscariot, the tax collector turned apostle, Matthew, and the gruff centurion whose servant Jesus was said to have healed. The study also considers the nature of Jesus’ radical resistance to the Roman Empire, and seeks to contextualize it through comparison with other resistance movements. Attempts to recover the historical Jesus have sought to put him in his immediate context of ancient Galilee, Judaea, and the Jewish community to which he belonged. Instead this book gives the Roman historical background to the time and place of his ministry and death. Cast into relief against the much larger picture of the greater Roman world of which he was a part, the ministry of Jesus is quite radical indeed.

Steven Rutledge is associate professor emeritus of Classics (University of Maryland, College Park), and adjunct professor of History at Linfield University (McMinnville, Oregon). He is the author of Imperial Inquisitions. Prosecutors and Informants from Tiberius to Domitian (Routledge 2001), Ancient Rome as a Museum. Power, Identity, and the Culture of Collecting (Oxford 2012), and A Tacitus Reader (Bolchazy-Carducci 2014); he has also written numerous articles on Roman history and culture.