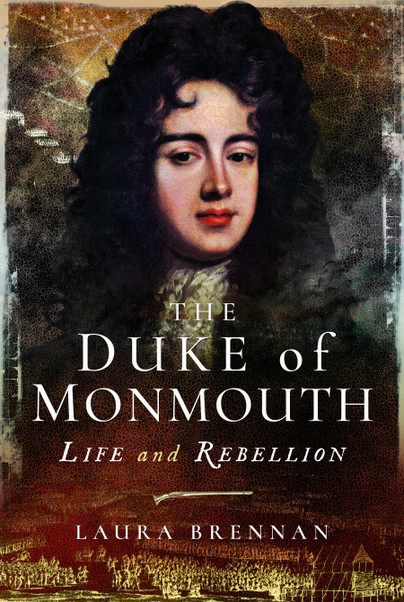 The Duke of Monmouth (Paperback)

Add to Basket
Add to Wishlist
You'll be £11.99 closer to your next £10.00 credit when you purchase The Duke of Monmouth. What's this?
+£4.50 UK Delivery or free UK delivery if order is over £40
(click here for international delivery rates)

He was the illegitimate son of a king, a gallant and brave military hero, charming, handsome and well loved both within the court and with women; James Scott, Duke of Monmouth, had the life many would have envied in the seventeenth century.

Monmouth lived in an age that was on the cusp of modernity. He lived through some of the biggest events and scandals of seventeenth century British history, including: the Restoration of his father, King Charles II; The Great Fire of London in 1666 and the last great plague to sweep through London killing thousands.

James also experienced the political scandal of the Popish Plot; became embroiled in the foiled Rye House Plot, and was at the centre of the Exclusion Crisis, which was a major catalyst for the modern creation of our party political system.

But what would turn the beloved darling of the Restoration court into a leading rebel?

This book takes a good look at Monmouth’s life. The illegitimate son of Charles II, he rose high and fell as fast. The author has packed her book full of information and has researched her subject well.

Brennan has done a fine job of humanising James Scott and the events that shaped his perspective on life. The public loved him as a war hero and he took after his father in his endless amorous pursuits. Brennan sees Monmouth as personifying this period and as a man who wanted to preserve Protestant England at all costs.

A wonderful book from a wonderful writer, and one that would make a very good documentary indeed.

James Scott, 1st Duke of Monmouth was born on 9 April 1649. He was the illegitimate son of a king, a gallant and brave military hero, charming, handsome and well-loved both within the court and with women.