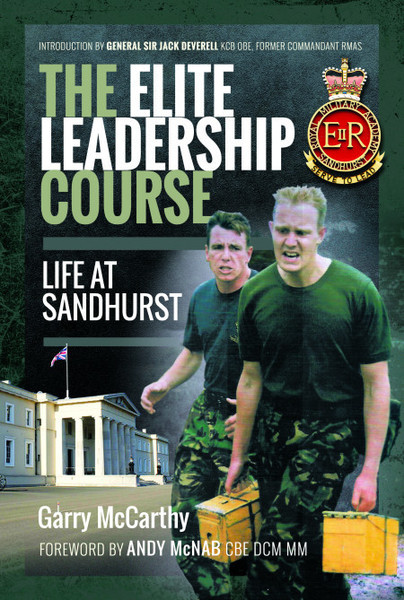 Preorder
Add to Wishlist
You'll be £20.00 closer to your next £10.00 credit when you purchase The Elite Leadership Course. What's this?
+£4.50 UK Delivery or free UK delivery if order is over £35
(click here for international delivery rates)

'This is a brilliant account of how leadership is made.' - Andy McNab

This is the true story of 21 young men desperately trying to survive the most brutal leadership course of modern times. A throw back to the Highland Fieldcraft Training Centre, the revolutionary brain child of Lord Rowallan during the Second World War, this fascinating insight explains the extraordinary lengths Sandhurst goes to in pursuit of generating the world’s greatest military leaders. No one could have known that the intensity of their training was coincidentally little more than a prelude to a decade of war in Afghanistan and Iraq where attrition rates became comparable to those reached during the Second World War.

This captivating story is full of emotion brought on by physical and mental endeavour that leads to success and failure. This intimate and revealing story of camaraderie is the first of its kind. But learning how to lead subordinates during the darkest of hours, living in the most austere of environments comes at a price. Unconventional and at times controversial, this is the only authentic account of life in Rowallan Company Sandhurst at a time when the world teetered on the brink of war with insurgents and dictators armed with weapons of mass destruction.

This is a brilliant account of how leadership is made.

Garry McCarthy is one of the most unique servicemen of the modern era. From hunting chemical weapons with the Joint Services Intelligence Organisation in Iraq, to interpreting for the Prime Minister, McCarthy eclectic profile is unrivalled. Rising through the ranks from Rifleman to Lieutenant Colonel, he has spent a life time teaching leadership to armies around the world.

He has specialised in teaching military officers the art of command and control. Be it instructing Company Commanders how to win wars at the Land Warfare Centre in Wiltshire or drilling Saudi Arabia’s Special Forces in Counter Terrorist & Air Assault techniques, he has been at the coal face of delivering military leadership for over three decades.