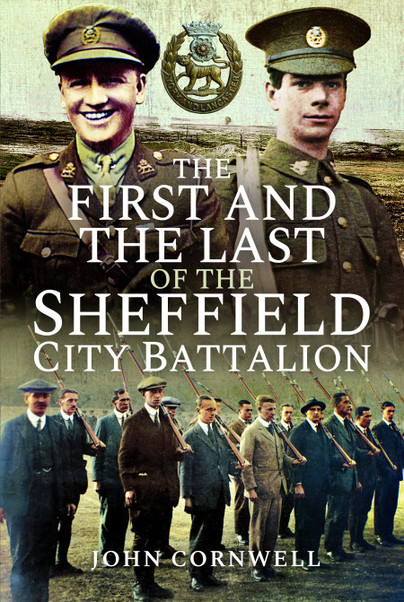 The First and the Last of the Sheffield City Battalion (Hardback)

Add to Basket
Add to Wishlist
You'll be £25.00 closer to your next £10.00 credit when you purchase The First and the Last of the Sheffield City Battalion. What's this?
+£4.50 UK Delivery or free UK delivery if order is over £35
(click here for international delivery rates)


There is charm, humanity, humour and poignancy here and illustrations aplenty of the protagonists. This is a book for serious historians and newcomers alike.
A good read. Thoroughly recommended.

This book gives an interesting insight into two people who had very different experiences during the First World War. The author John Cornwall has followed these two men through their lives and experiences, and as such has written a well detailed account of two lives. One that was tragically cut short due to being killed in 1918, but the other lived to the ripe old age of 101 and was the last of 12th Battalion to pass. This book would make a good start to any Great War book collection, or an ideal addition to one that has already been started.