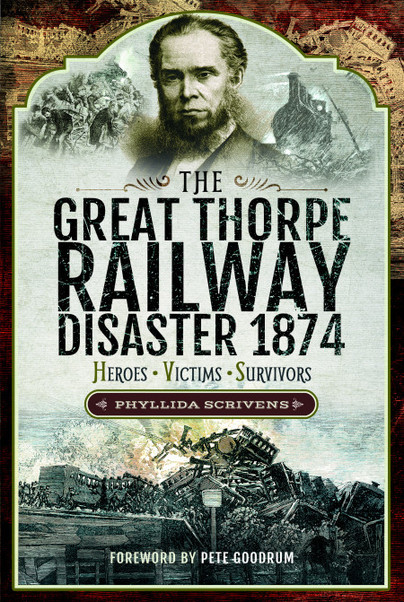 Add to Basket
Add to Wishlist
You'll be £19.99 closer to your next £10.00 credit when you purchase The Great Thorpe Railway Disaster 1874. What's this?
+£4.50 UK Delivery or free UK delivery if order is over £40
(click here for international delivery rates)

"Nonetheless, the author has gathered an impressive range of material, mainly human interest background, about many of those involved in the disaster. This certainly helps to show the real impact of tragedy...there is much fascinating material here"

"The detail and background of people and events made this book an absorbing read."

Who Do You Think You Are? Magazine, December 2021

"A well written and easily readable account, telling the human stories that accident reports themselves do not relate."

"Altogether it is an interesting glimpse of late nineteenth century Norwich, and reflects a considerable amount of research."

Philip Wiltshire, The Journal of the Friends of the National Railway Museum Winter 2021-2022

'With all the pace of a great movie, author Phyllida Scrivens whisks us straight back to the eve of the disaster...With an ease that belies the enormous hard work she must have put into her research, she paints evocative vignettes of the lives of those involved...Skillfully researched and told.'