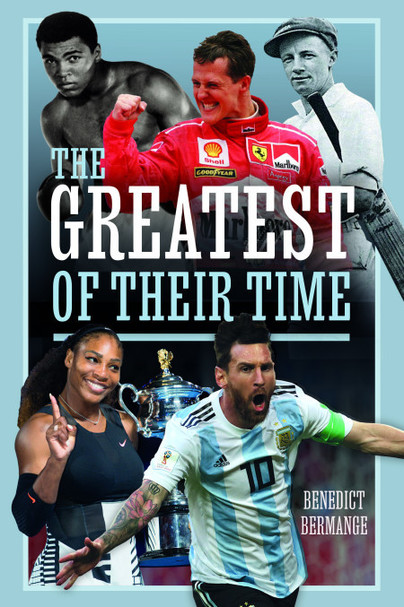 The Greatest of their Time (Paperback)

Preorder
Add to Wishlist
You'll be £10.49 closer to your next £10.00 credit when you purchase The Greatest of their Time. What's this?
+£4.50 UK Delivery or free UK delivery if order is over £35
(click here for international delivery rates)

For a great deal of the 1930s, Don Bradman was considered the most famous sportsman in the world. By any measure – stats, acclaim – it appeared to be a straightforward decision. The same could be argued for Muhammad Ali in the 1960s or Lionel Messi in the 2010s. But when, exactly, did they take their titles, from whom, and when did their reigns come to an end? For boxers it might be possible to narrow it down to the actual date, but for other sportsmen – and women – it is more difficult. Athletes have been feted for their sporting prowess since ancient times, and since the advent of professional sport in the early 18th Century there have been champions celebrated throughout the world. This book aims to give a clearer idea of who was – at any point in time – the greatest athlete in the world – even if the world was unaware of it at the time.

Benedict Bermange joined the ICC Cricket Ratings team at the age of 12, and first worked on cricket professionally during the 1999 Cricket World Cup in England. Educated at Haberdashers’ Boys’ School and Durham University, he has been the Statistician for Sky Sports Cricket and NFL since 2006. Having grown up a regular visitor to Lord’s, he now lives in Bristol, a stone’s throw from the County Cricket Ground.