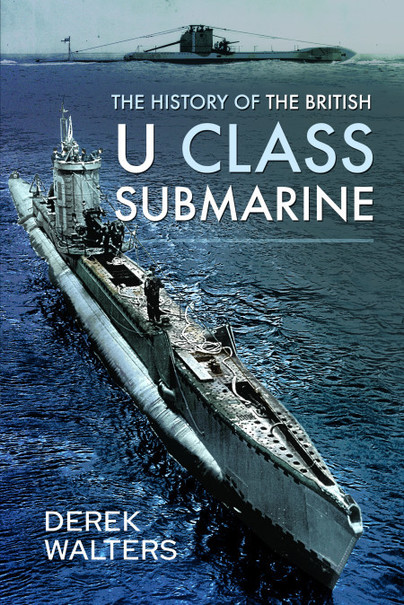 The History of the British U Class Submarine (Paperback)

Preorder
You'll be £10.30 closer to your next £10.00 credit when you purchase The History of the British U Class Submarine. What's this?
+£4 UK Delivery or free UK delivery if order is over £30
(click here for international delivery rates)

Original designed in 1934 for anti-submarine training, by the end of the war seventy-two U-Class subs had been commissioned.

Seventeen were lost to the enemy and three in accidents. Manned by crews from seven nations' navies, they served world-wide and never more successfully than in the Med, where they made a major contribution to the defeat of Rommel's Afrika Corps.

The quality of their service is born out by the 375 gallantry medals awarded to crewmen including Lt Cdr David Wanklyn's VC.

This book is a real treat for enthusiasts’ interested in British submarines of World War Two. Not only does the book cover details of individual submarines, it also has a chapter on the special operations which this class of submarine were often involved in. Needless to say I was completely hooked after the first page. The author has clearly researched this class of submarine in-depth and starts by furnishing the reader with details of the first three boats of this class.

The author writes about the rigorous sea trials the early Unity-Class boats underwent – trials in which they performed well and demonstrated excellent handling and manoeuvrability...

... Derek Walters, transits seamlessly through the developmental concepts of the U-Class submarine, which did not change much from the original design. Drawing on information collected from multiple archive sources the author has stitched together a book which provides researchers and historians with an accurate timeline of this class of submarine...

... If you want to learn more about the most operationally effective submarine in British World War Two history, then is book is for you.

Born in Derbyshire Derek Walters served in the Royal Navy. He was on board the submarine Talent when she collided with a merchant ship in the Channel. He joined the Police on retirement. He writes for naval magazines.