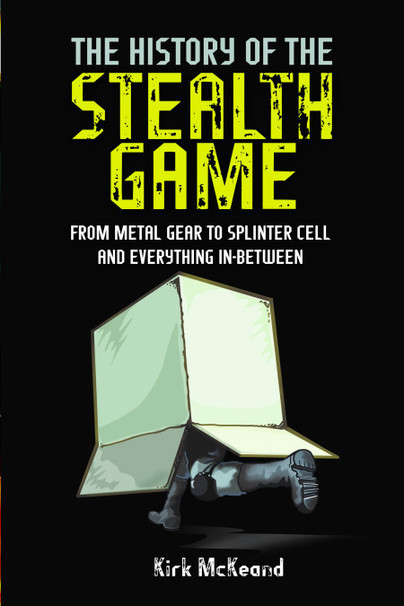 The History of the Stealth Game (Hardback)

From Metal Gear to Splinter Cell and Everything in Between

Preorder
Add to Wishlist
You'll be £15.19 closer to your next £10.00 credit when you purchase The History of the Stealth Game. What's this?
+£4.50 UK Delivery or free UK delivery if order is over £40
(click here for international delivery rates)

For many, video games are like magic. They hide in the dark and then appear from nowhere, fully formed. Based on over a dozen firsthand interviews that cover genre-defining games and the titles that inspired them — Metal Gear Solid, Thief, Deus Ex, Dishonored, Assassin’s Creed, Hitman, Splinter Cell, Prey, The Last of Us Part II, and more — this book shines a flashlight into the shadowy corners of game development history, uncovering the untold stories behind these formative titles.

These insider interviews cover development struggles, internal conflicts, changes in direction, and insight into the reasoning and challenges behind specific mechanics and development decisions.

There’s the story of how Thief was developed, in part, by an indie band. It covers Metal Gear Solid’s localisation issues and the Americanisation of Hideo Kojima’s seminal stealth series, along with a page from the original Metal Gear Solid design document. Elsewhere, one of IO Interactive’s founders explains why Hitman’s Agent 47 is inspired by Coca-Cola, the creator of Assassin’s Creed tells us his vision for the future of the series, and there are plenty of surprises besides. Rather than looking back at the genre as a whole, it traces a line through and connects the dots via personal stories and anecdotes from the people who were there.

This book is really well-researched and a great read for someone who enjoys videogames! McKeand did the art of gaming a great service through his in-depth research and humor.

Kirk McKeand is an award-winning game journalist from Lincoln, UK, where he lives with his partner and two sons. He has written for a variety of mainstream and specialist outlets, and you can find him today as Managing Editor for GLHF, a gaming content agency serving media partners around the globe.