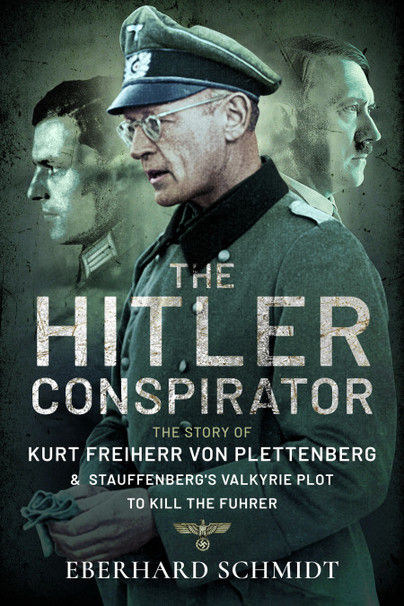 Add to Basket
Add to Wishlist
You'll be £10.49 closer to your next £10.00 credit when you purchase The Hitler Conspirator. What's this?
+£4.50 UK Delivery or free UK delivery if order is over £35
(click here for international delivery rates)

As an author who has researched and written about this period in our history, and who interviewed Albert Speer in Spandau Prison, I found this book about the well-placed and strongly anti-Nazi army officer, Kurt von Plettenberg, to be well researched, detailed yet fascinating. Accounts of the plots to kill Hitler following his rise to power are only now coming into the public domain and this book is a clear leader. We all know of the failed attempt to kill Hitler by Colonel Count von Stauffenberg and, indeed, Schmidt includes this brave attempt in his book but in greater and fascinating detail. He was among the bravest plotters I have read of. On his eventual arrest by the Gestapo he was taken for 'interrogation' but before his torture could commence he punched the interviewing Gestapo officer in the face and hurled himself from the third floor window to his immediate death - lest he gave away the names of his fellow conspirators under torture. A brave man indeed.