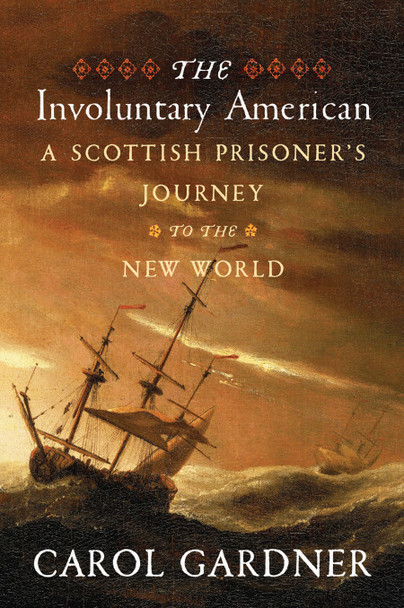 A Scottish Prisoner’s Journey to the New World

Add to Basket
You'll be £19.99 closer to your next £10.00 credit when you purchase The Involuntary American. What's this?
+£4.50 UK Delivery or free UK delivery if order is over £35
(click here for international delivery rates)

In the winter of 1650–51, one hundred fifty ragged and hungry Scottish prisoners of war arrived at Massachusetts Bay Colony, where they were sold as indentured laborers for 20 to 30 pounds each. Among them was Thomas Doughty, a common foot soldier who had survived the Battle of Dunbar, a forced marched of 100 miles without food or water, imprisonment in Durham Cathedral, and a difficult Atlantic crossing. An ordinary individual who experienced extraordinary events, Doughty was among some 420 Scottish soldiers who were captured during the War of the Three Kingdoms, transported to America, and sold between 1650 and 1651. Their experiences offer a fresh perspective on seventeenth-century life.

The Involuntary American: A Scottish Prisoner’s Journey to

the New World by Carol Gardner describes Doughty’s life as a soldier, prisoner of war, exile, servant, lumberman, miller, and ultimately free landowner. It follows him and his peers through critical events: the apex of the Little Ice Age, the War of the Three Kingdoms, the colonization of New England, the burgeoning transatlantic trade in servants and slaves, King Philip’s and King William’s wars, and the Salem witch crisis. First-person accounts of individuals who lived through those events—Scottish, English, Puritan, Native American, wealthy, poor, working class, educated or not— provide rich period detail and a variety of perspectives.

The Involuntary American demonstrates how even indi- viduals of humble circumstances were swept into the mael- strom of the First Global Age. It expands our understanding of immigration to the colonies, colonial servitude, the link- ages and tensions between Europe, Massachusetts Bay, and America’s northeastern frontier, and of New England socie- ty in the early colonial period.

This is a very interesting book that conjoins the experiences of a captive at the Battle of Dunbar in 1650 who is basically sold into slavery and sent to Massachusetts, and the wider issue of the expansion of the early American colonies. There he eventually gains his freedom and lives what was probably a better life than might have been expected had he remained in Scotland. The author has carefully delivered a very cogent account of his life based on the available sources and opened my mind to the tenuous life in the Americas in the early days of the colonies and the incredible strength of character to deal with the many set backs.