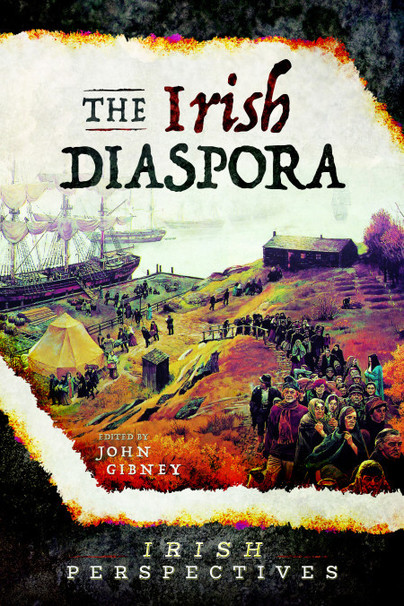 As featured by the Independent, Ireland

You'll be £19.99 closer to your next £10.00 credit when you purchase The Irish Diaspora. What's this?
+£4.50 UK Delivery or free UK delivery if order is over £35
(click here for international delivery rates)

Ireland is known worldwide as a country that produce emigrants. The existence of the Irish ‘diaspora’ is the subject of this fifth instalment of the 'Irish perspectives' collaboration between Pen and Sword and History Ireland. From the early Christian era Irish missionaries travelled across Europe, from the early modern period Irish soldiers served across the world in various European armies and empires, and in the modern era, Ireland’s position on the edge of the Atlantic made Irish emigrants amongst the most visible migrants in an era of mass migration. Ranging from Europe to Africa to the Americas and Australia, this anthology explores the lives and experiences of Irish educators, missionaries, soldiers, insurgents, from those who simply sought a better life overseas to those with little choice in the matter, and who established an Irish presence across the globe as they did so.

'The great escape: an eye-opening anthology of Irish emigration'

I have found through reading these books and particularly this book, a fascination in different people and differing types of people all in Ireland, looking to achieve differing goals and how they benefit from this rich country but also what they bring to the country. Yes, there might be one similar theme that runs through the book but each chapter is about a different person from a different life told by a different academic expert. Some of the chapters are long, some are short, but they are always well written. But the unique thing each author looks at a slightly different angle or question to the theme which makes for an excellent book. I’m going to give this book an excellent 4.5

The book is very interesting and the formula of the short essays means that they can be read independently, providing ideas for further research on the topics covered.