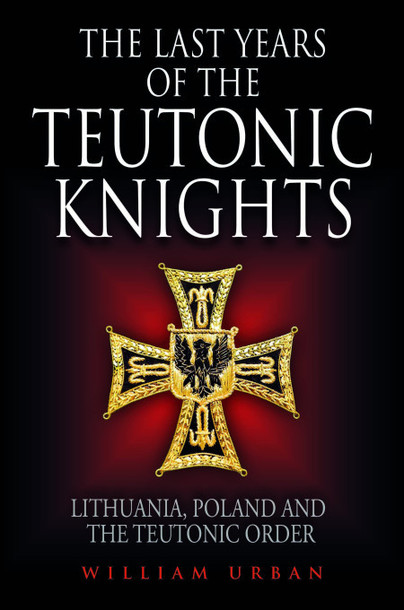 The Last Years of the Teutonic Knights (Hardback)

Lithuania, Poland and the Teutonic Order

Add to Basket
Add to Wishlist
You'll be £25.00 closer to your next £10.00 credit when you purchase The Last Years of the Teutonic Knights. What's this?
+£4.50 UK Delivery or free UK delivery if order is over £35
(click here for international delivery rates)

The Battle of Grunwald was one of the largest battles in Medieval Europe and was the most important in the histories of Poland and Lithuania.

It was fought on 15 July 1410 during the Polish-Lithuania-Teutonic War between the alliance of the Kingdom of Poland (led by King Jagiello) and the Grand Duchy of Lithuania (led by Grand Duke Vytautas) against the German-Prussian Teutonic Knights (led by Grand Master Ulrich von Jungingen) and with the assistance of Sigismund, then King of Hungary and Croatia.

The Teutonic Knights, a crusading military order, were defeated and most of their leaders were killed or taken prisoner. This defeat would mark the beginning of their decline and they would never again regain their former power.

Following the battle, the balance of power shifted in Central and Eastern Europe and so came the rise of the Polish-Lithuanian union as the dominant political and military force.

In this compelling account the action takes place in Lithuania, Poland, the Czech Republic, Hungary, Russia and Germany. There are bloody battles; fascinating characters; intrigue; betrayals; sex; unexpected twists of fate; religious heresy and a smattering of saints. There is also the monumental end of one era making way for the beginning of another.

Written by William L Urban, an internationally respected authority on the history of European warfare, while there has long been interest on the crusades outside of the Holy Land, this book is unique in the sheer breadth and depth of its research.


"William Urban’s work is a must-read for those seeking scholarly work on this pivotal period of European history. It is especially helpful for those interested in the demise of the Teutonic Knights, and Polish culture."

Yearbook for the Study of the Military Orders