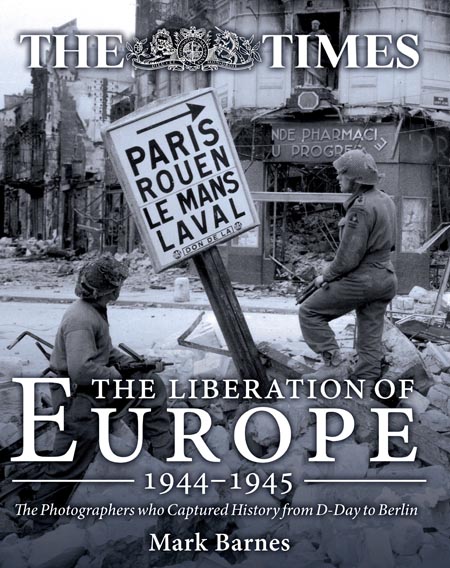 The Photographers who Captured History from D-Day to Berlin

The Second World War presented a huge range of challenges to press photography both in terms of its execution and getting the results in print. Life on the home front was the main subject until the invasion of France changed everything in 1944.

Photographers from The Timeswere part of a talented group who were there to capture the momentous events taking place from the moment the troops stepped ashore, as the Allies fought their way from the D-Day beaches all the way to Berlin. They captured thousands of images of the fighting and its aftermath: bombed-out towns, tanks and the inevitable human death toll, but also troops moving through a scarred landscape, the civilian population in joy and fear, and the daily activities of the soldiers themselves. They were on hand to witness the surrender of German commanders and some of their subsequent suicides, and also when King George VI made history as the first monarch since Henry V to confer knighthoods on the battlefield.

It is an extraordinary archive, yet very few of the images were published, either at the time or since. Mark Barnes, a librarian at The Times , has painstakingly reconstructed the archive over a period of many years, piecing together the journeys these pioneering photographers, masters of their craft, made across Europe.

The Liberation of Europe , containing over 400 images, not only gives a succinct and expert overview of the North West Europe campaign, but also presents world history on a grand scale and is essential reading for everyone interested in World War II and the history of Europe.


The pictures themselves are of a high quality, and because of the author’s access to the entire Times archive including many unfamiliar shots, including a number that were banned by the censors during the war (although the reason isn’t always clear). The result is a step above the normal picture book

Mark Barnes, a librarian at The Times, is a newspaper veteran with over forty years' experience. He has spent much of that time working in picture libraries where he is able to combine his passion for photography and military history. As a writer, he has contributed to a range of publications and television programmes. He has also held the role of reviews editor for War History Online since 2012.