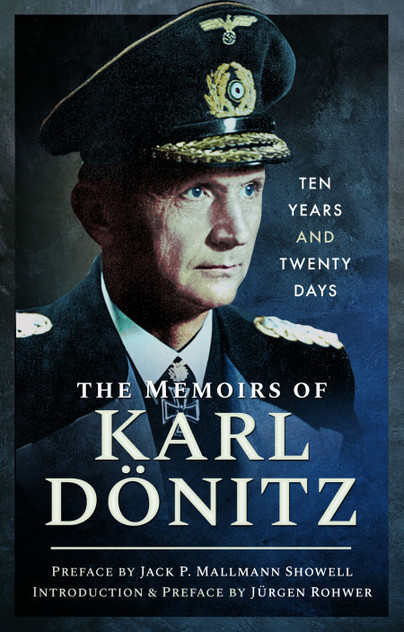 The Memoirs of Karl Dönitz (Paperback)

Add to Basket
Add to Wishlist
You'll be £15.99 closer to your next £10.00 credit when you purchase The Memoirs of Karl Dönitz. What's this?
+£4.50 UK Delivery or free UK delivery if order is over £35
(click here for international delivery rates)

This book is absolutely essential for anyone who wants to deepen their knowledge of the submarine war. From his position, Dönitz had enormous influence on the development, personnel, and structure of the war, both above and below water. The choices he made had far-reaching consequences. The technological developments on the German side are well explained and give insight into the many adversities with which the men had to cope. It is important to bear in mind that the portrayal of events is not completely accurate, but rather reflects how Dönitz wants the narrative to be interpreted by others.