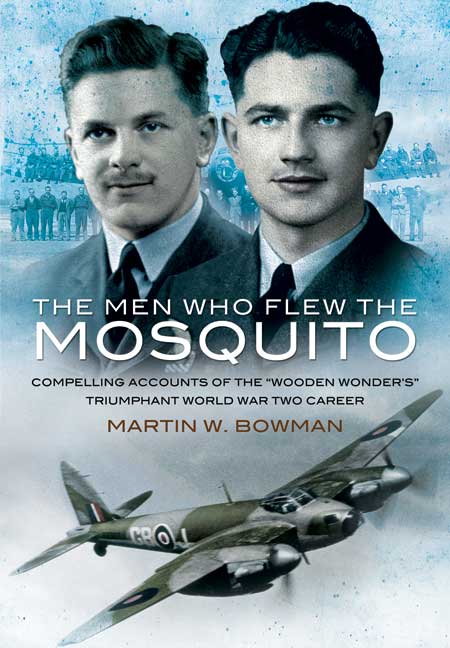 The Men Who Flew the Mosquito (Paperback)

Add to Basket
Add to Wishlist
You'll be £14.99 closer to your next £10.00 credit when you purchase The Men Who Flew the Mosquito. What's this?
+£4.50 UK Delivery or free UK delivery if order is over £35
(click here for international delivery rates)

The two-engined Mosquito was one of the classic aircraft of the Second World War. Famously wooden-built, its graceful lines and powerful performance have made it into an airborne icon. Its operational versatility as a fighter, low level bomber and reconnaissance aircraft was unsurpassed.

In this book we get the first-hand crew accounts of a selection of the actions and missions that the 'Mossie' undertook. These include audacious raids on Nazi HQs and Gestapo jails - real precision attacks carried out by ace fliers.

On 20 April 1941, a group of distinguished Americans headed by the US Ambassador to the United Kingdom, John Winant, and which included Major General Henry ‘Hap’ Arnold, Chief of the US Army Air Corps, visited the de Havilland Aircraft Company’s airfield at Hatfield, England. The party was there ostensibly to gain an insight into how various US aircraft supplied to Britain were performing, as well as to observe some of the latest British products being put through their paces. The eighteen types on display included both US and British bombers and fighters. But the star of the day was undoubtedly…

Click here to buy both titles for £34.99
More titles by Martin Bowman
eBook