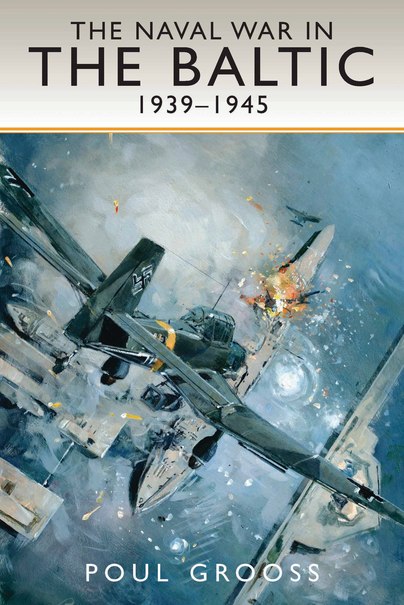 From the shelling of the fort at Westerplatte, on the Polish coast, on 1 September 1939, to the loss of thousands of German refugees at sea in May 1945, the Baltic witnessed continuous and ferocious fighting throughout the Second World War. In this new book, the author chronicles the naval warfare and merges such major events as the Siege of Leningrad, the Soviet campaign against Sweden in 1942, the three wars in Finland 1939-44, the Soviet liberation of the Baltic states, the German evacuation of two million people from the East, and the Soviet race westwards in 1945.

There are also included fascinating insights into, until now, poorly understood topics such as Swedish co-operation with Germany, the use of the Baltic by the Germans to train U-boats crews for the Battle of the Atlantic, the secret weapons trials in the remote area of Peenemunde, and the RAF mining campaign that did much to reduce the threat of new and revolutionary German submarine technology. Furthermore, the author explains how messages from Bletchley Park were the basis for the RAF attacks on German coastal regions. The political and military backgrounds of the war in this theatre are explained while the details of ships, radar, artillery, mines and aircraft are all covered. This is a superbly researched work which shows how the naval war in the Baltic shaped the Second World War in ways that have not been fully understood. It is a major contribution to the naval history of this era.

Overall, this is a valuable addition to the literature on the Second World War in the English language. This book brings a topic otherwise poorly covered in English to a wider audience, in what in many ways is a very accessible form. Seaforth Publishing – a division of Pen and Sword – is to be commended for bringing this at times fascinating and often informative book to a new readership.

This book is one I will return to many times in the future I think. For the naval historian, the wargamer and the general reader, it is well worth waiting for this re-release and grabbing a copy.

It includes fascinating insights into Swedish cooperation with Germany, the use of the Baltic to train U-boat crews for the Battle of the Atlantic, secret weapons trials in Peenemunde, and the threat of new and revolutionary German submarine technology.

Meticulously researched and supported by good maps, and by numerous photographs most readers will have not seen previously, this is an excellent book that makes an important contribution to the naval history of the Second World War.

This book makes an important contribution to our understanding of the Second World War and I have no hesitation in wholeheartedly recommending it.
An outstanding contribution to the literature.

Meticulously researched and supported by good maps, and by numerous photographs most readers will not have seen previously, this is an excellent book that makes an important contribution to the naval history of the Second World War.

There are fascinating insights into many other aspects of how the naval war in the Baltic shaped World War II. A superbly researched book that is a major contribution to the naval history of this era.

★★★★★ This book has been a remarkable contribution to my education and I fully endorse it to a general, as well as a professional, readership. There are quite a lot of surprises. I have also hugely enjoyed it, if that is the right verb to use regarding reading about a colossal human catastrophe.

Poul Grooss' The Naval War in the Baltic 1939-1945 is a comprehensive combined operations view of a little-studied subject. Prior to the publication of this work, trying to gain a cohesive view of this region has been a frustrating, piecemeal affair for the interested reader.

Whilst the main focus of the book concerns naval events, there is plenty of detail to engage those seeking more information on the Siege of Leningrad and Kronstadt. Throughout, sections outline the course of the war in broader perspective, for context. The Author set out to explain the war in this region to the non-military reader, and in this he succeeds admirably.

Grooss covers naval tactics and technology, the history of the region prior to WWII and the role of Sweden in supporting Germany. This comprehensive study succeeds in welding together a disparate series of separate histories into a cohesive whole. The eleven chapters of the book are laid out chronologically, and by topic, so that the narrative flows in a logical order.

It was a revelation to this reviewer just how extensive mine-laying was by all sides, and how many sinkings were attributable to this activity. Naval enthusiasts need not worry that the book is a pot boiler – it has been some 40 years in the making and presents as a detailed and authoritative account of the war.

This title will be of interest to naval enthusiasts, and students of the Eastern Front alike. Wargamers too will find inspiration in accounts of little-known engagements, such as the attack on Bengtskär. It is highly recommended.

The author followed a long career in the Danish Navy, as a torpedo boat skipper, missile corvette captain, intelligence officer and Soviet analyst, with a post as a teacher of naval warfare at the Royal Danish Navy Academy. – This is a well researched, and nicely illustrated book covering the much neglected conflict in the Baltic during WWII – Highly Recommended.

The author taps into many unfamiliar sources, illuminates many little-known and unknown corners of the war, integrates many aspects usually treated separately (if at all), and ties together into one useful package the full range of events on and adjacent to the Baltic during the war years. Not perfect, but quite a good job and quite a valuable book, especially from someone who is neither professional historian nor professional writer.

POUL GROOSS is a retired Danish Navy Captain who commanded torpedo boats and guided-missile corvettes in a career that lasted more than 40 years. His is a teacher of naval warfare at the Royal Danish Naval Academy, Chairman of the Naval History Society of the Royal Danish Naval Museum and a tour guide on military history expeditions to the Eastern Front. 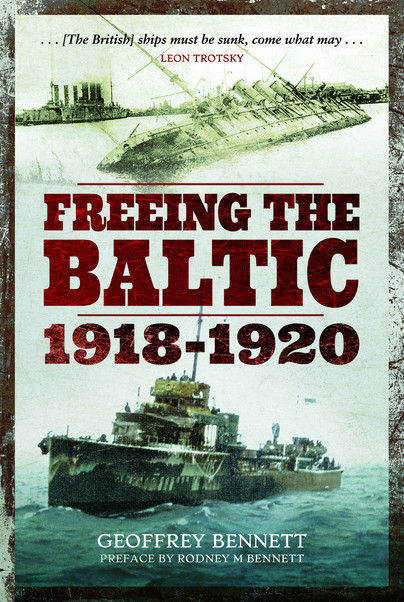 In 1919, the new governments of the besieged Baltic states appealed desperately to the Allies for assistance. A small British flotilla of light cruisers and destroyers were sent to help, under the command of Rear Admiral Sir Walter Cowan. They were given no clear instructions as to what their objective was to be and so Cowan decided that he had to make his own policy. Despite facing a much greater force, Cowan improvised one of the most daring raids ever staged by the British Navy. He succeeded with devastating effect; outmanoeuvring his enemies, sinking two Russian Battleships and eventually…

Click here to buy both titles for £42.49
Customers who bought this title also bought...