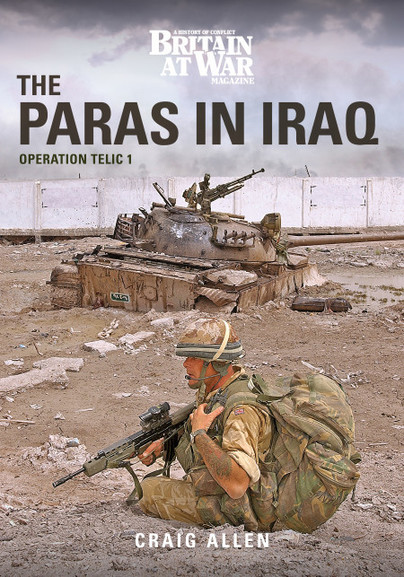 The Paras in Iraq (Paperback)

Preorder
Add to Wishlist
You'll be £11.99 closer to your next £10.00 credit when you purchase The Paras in Iraq. What's this?
+£4.50 UK Delivery or free UK delivery if order is over £35
(click here for international delivery rates)

For Operation Telic, the 2003 campaign in Iraq, the UK was the junior partner alongside their American allies but still contributed a substantial force. This was based around the 1st Armoured Division consisting of 7th Armoured Brigade, 16 Air Assault Brigade and 102 Logistics Brigade, with the Marines of 3 Commando Brigade under command. This photographic diary concentrates on 16 Air Assault Brigade’s two parachute battalions, 1 and 3 Para. Beginning with the invasion and operations in the southern oilfields, the story

follows 3 Para’s successful entry into Basrah, before the action switches to 1 Para and a

move to Baghdad to secure the British Embassy. This is followed by a look at life at the Embassy and on patrol in the city before 3 Para’s return south. Written by a media escort and photographer with 3 Para, who was himself a Para for 23 years and continued to serve as a reservist, this book shows how paratroopers looked and fought during the campaign.

Illustrated with over 200 colour photographs, it shows the reality of British forces in a modern-day war, with insights into the Parachute Regiment’s equipment and operations.