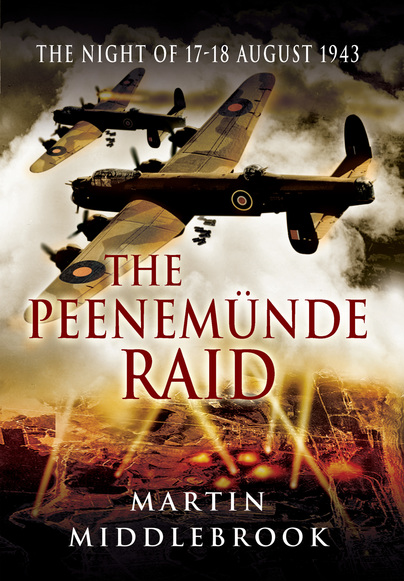 Add to Basket
Add to Wishlist
You'll be £10.39 closer to your next £10.00 credit when you purchase The Peenemünde Raid. What's this?
+£4.50 UK Delivery or free UK delivery if order is over £35
(click here for international delivery rates)

On the night of 17-18 August 1943, RAF Bomber Command attacked a remote research establishment on the German Baltic coast. The site was Peenemünde, where Hitler's scientists were developing both the V-1 flying bomb and the V-2 rocket whose destructive powers could have swung the course of the War. The raid was meticulously planned and hopes were high. But the night sky was so cloudless that the British bombers presented an easy target for German night fighters, and over 40 were lost. Martin Middlebrook draws on the memories of over 400 people involved in the dramatic events on that night: RAF and Luftwaffe aircrew, German personnel at the research site and foreign labourers who had been forced to work there. The result is a truly compelling account of this hazardous attempt to disrupt Hitler's V-weapons programme.

Operation Hydra – the air raid on Peenemünde – was the most prominent example of scientists’ war: based on analysis of intelligence gaining from Resistance sources inside the Third Reich and interpretation of photographs delivered by fast-developing air reconnaissance, aiming against highly secret research and evaluation centre, where weapon which could decisively move the scale of World War II to Axis were designed and tested. The entire force of RAF Bomber Command using its last technical (Windows) and tactical (Master Bomber, time and distance bombing run) innovations was thrown in a “press on regardless” attempt to destroy small research facility whose inhabitants worked day and night to deliver their Fuehrer the “retaliation weapon” – V-1 pilotless bombs and V-2 rockets.

Martin Middlebrook, author of “The Peenemünde Raid”, made a real masterpiece gathering the fascinating memoirs of participants of that memorable events (Allied and German) and meticulously studying archive documents. His book is an invaluable part of history of Strategic Bomber Offensive.

On the night of August 17th 1943, RAF Bomber Command attacked a remote research establishment on the German Baltic coast. The site was Peenemünde, where Hitler's scientists were developing both the V-1 flying bomb and the V-2 rocket whose destructive powers could have swung the course of the War.