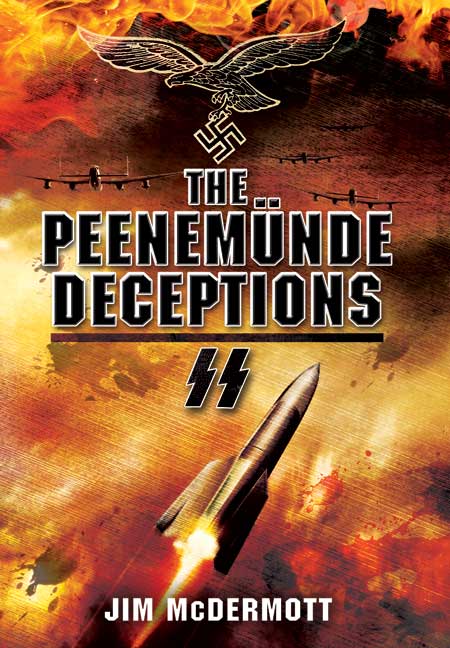 Click here for help on how to download our eBooks
Add to Basket
Add to Wishlist
You'll be £4.99 closer to your next £10.00 credit when you purchase The Peenemunde Deceptions. What's this?
Need a currency converter? Check XE.com for live rates

Peenemünde: windswept corner of the Third Reich and birthplace of the space age. Otto Fischer, a severely wounded Luftwaffe officer and former criminal investigator, is summoned to solve a seemingly incomprehensible case: the murder of a leading rocket engineer during a devastating air-raid. With only days until the SS assume control of the production of a remarkable new weapon, Fischer must find a motive and perpetrator from among several thousand scientists, technicians, soldiers and forced labourers. As he struggles to get the measure of a secretive, brilliant world in which imagination moves far beyond the limits of technology, what at first appears to be a solitary crime draws him into a labyrinth of conspiracy, betrayal and treason.

McDermott brings skills previously honed whilst producing well-researched history books to the discipline of writing fiction, creating work that is both historically accurate and evocative as well as stylish in a literary sense.

James McDermott holds a Doctorate in History and is a decorated writer. His previous publications include Martin Frobisher:Elizabethan Privateer (Yale University Press, 2001) which won the Keith Matthews Prize from the Canadian Nautical Research Society, 2001 and was short-listed for the James Tait Black Memorial Prize for Biography, 2001; The Third Voyage of Martin Frobisher to Baffin Island, 1578 (Hakluyt Society, 2001); England and the Spanish Armada: The Necessary Quarrel (Yale University Press, 2005); British Military Service Tribunals, 1916 - 1918: 'Avery much abused body of men' (Manchester UP, July 2011).