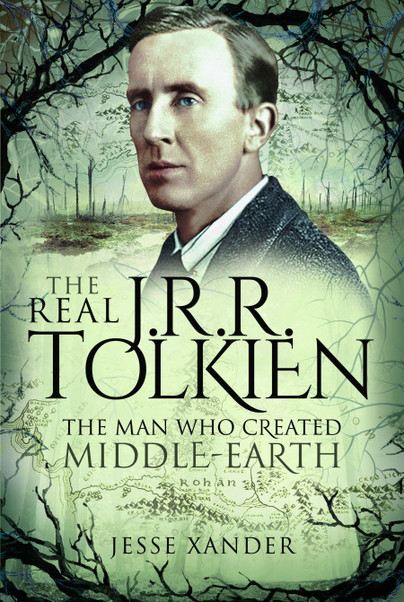 The Man Who Created Middle-Earth

Preorder
Add to Wishlist
You'll be £13.99 closer to your next £10.00 credit when you purchase The Real J.R.R. Tolkien. What's this?
+£4.50 UK Delivery or free UK delivery if order is over £35
(click here for international delivery rates)

The Real J.R.R. Tolkien: The Man Who Created Middle Earth is a comprehensive biography of the linguist and writer; taking the reader from his formative years of home-schooling, through the spires of Oxford, to his romance with his wife-to-be on the brink of war, and onwards into his phenomenal academic success and his creation of the seminal high fantasy world of Middle Earth. "The Real J.R.R. Tolkien" delves into his influences, places, friendships, triumphs and tragedies, with particular emphasis on how his remarkable life and loves forged the worlds of The Hobbit and Lord of the Rings. Using contemporary sources and comprehensive research, "The Real J.R.R. Tolkien" offers a unique insight into the life and times of one of Britain's greatest authors, from cradle to grave to legacy.

Jesse Xander is a queer non-binary writer and biological anthropologist who was born in 1991 in Kendal, Cumbria, and moved around the UK a lot in their early years before settling in Cambridgeshire. They discovered Tolkien whilst they were studying Archaeology and Anthropology at Homerton College, Cambridge, thus beginning their ongoing independent research into Middle Earth and its languages by applying anthropological tools to Tolkien's world, with particular focus on the oft-neglected orcs. They have directed multiple plays and short films, and have written everything from academic articles for Beyond The Binary to comedy plays, but this is their first book. Aside from Tolkien and other high fantasy, their pet passions include gothic, sci-fi and psychological horror, noir and superheroes. They live and work in Cambridge with their partner and their partner's sibling, and would very much like to be one of those authors who owns a cat or three.