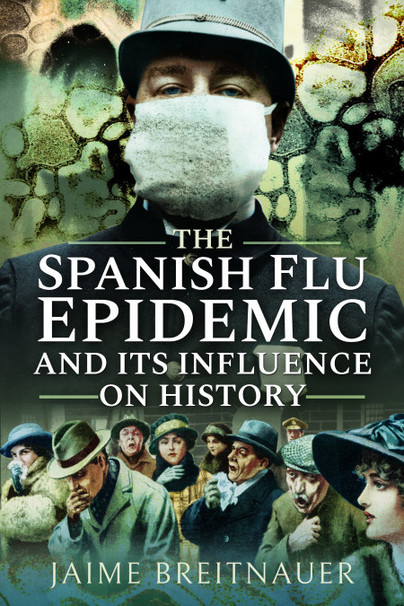 The Spanish Flu Epidemic and its Influence on History (Paperback)

Preorder
You'll be £10.39 closer to your next £10.00 credit when you purchase The Spanish Flu Epidemic and its Influence on History. What's this?
+£4.50 UK Delivery or free UK delivery if order is over £35
(click here for international delivery rates)

In Budapest, a lone woman dies quietly on a bench in the late afternoon sun, while in South Africa, a group of men plunge to their death in the blackness of a mine shaft elevator. In London, a loving father takes his daughter’s life while in Austria a man grieves for his unborn baby trapped inside his dead wife’s body. In Western Samoa, entire villages are wiped out in a matter of days and in India, the river Ganges becomes clogged with bloated corpses and the pungent smell of disease …

This is not some post-apocalyptic future, but the reality of Spanish flu, which claimed the lives of around 100-million people globally between 1918 and 1920. Often overshadowed by the tragedy of the Great War, this book walks us through the lives of some of the victims, discusses the science behind the disease, and asks, what will the next pandemic look like?