Add to Basket
Add to Wishlist
You'll be £19.95 closer to your next £10.00 credit when you purchase The Starvation Blockades. What's this?
+£4.50 UK Delivery or free UK delivery if order is over £35
(click here for international delivery rates)

The blockades by the British Grand Fleet and on the other side by Germany's U-boats during the Great War not only disrupted the transportation of food, munitions and men, but dominated the relations between the belligerents and the neutrals, most significantly the United States. This graphic book deals with the early career of the German cruisers such as the Emden, the place of the great sea battles in the struggle, the shock of the sinking of the Lusitania, the consequences of interference with American trade, how the U-boats nearly won the war for Germany in spite of Q-ships and other desperate measures, the influence of British code-breaking, the decisive American intervention and the severe effects of the blockades. It will appeal to everyone with an interest in the outcome of World War I.

A fine survey history of the Royal Navy’s distant blockade of Germany and the German U-boat war against Britain.

This is a well researched and fascinating account of a significant aspect of the conduct of the Great War.

Blockade is ostensibly the subject of Nigel Hawkins’ study of naval activity in World War One, although the area he addresses is somewhat wider…Indeed this handsomely produced book constitutes quite a good general history of the naval side of that conflict both from the German and British points of view. Thus in addition to the usual arguments about the adoption of convoy tactics, mines and submarine activity, there is also compact and economic coverage of Coronel, the Falklands and the battle of Jutland and its aftermath. The arguments over the efficacy of convoys are carefully related, the narrative remains lively throughout, and the work provides a very good means of understanding the basic dimensions of the naval side of the war…very well referenced…excellent photographs. Enjoyable reading. 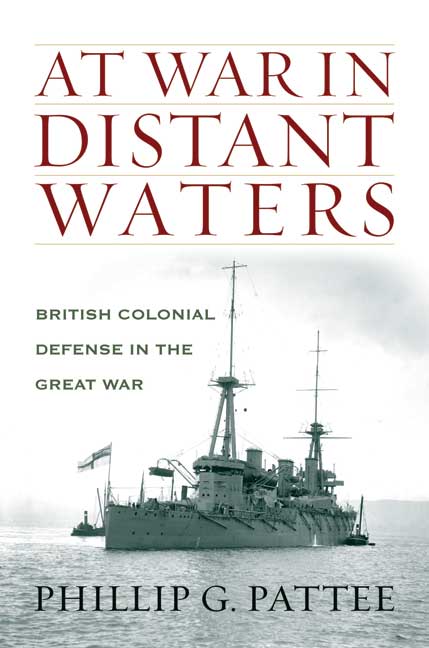 The naval story of the First World War is so often told in relation the the North Sea and the war in Europe, but in this new book the author concentrates on the Royal Navy's offensive operations further afield and argues that they were not, as often portrayed, unnecessary sideshows but absolutely critical to Britain's very survival. These expeditions fulfilled the important strategic purpose of protecting British trade where it was most vulnerable. Trade was not a luxury for Britain; it was essential for maintaining an island nation's way of life and, indeed, for prosecuting the war in Europe.…

Click here to buy both titles for £49.95
Customers who bought this title also bought...