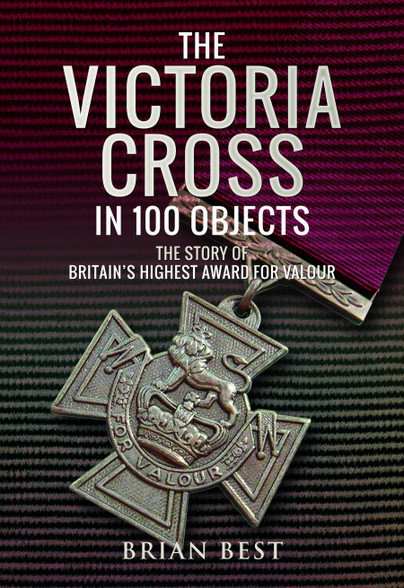 The Victoria Cross in 100 Objects (Hardback)

The Story of Britain’s Highest Award For Valour


Well done, Brian Best, on putting together a wholly compelling and digestible work on the Victoria Cross, and well done Pen & Sword for another class publication that has been well illustrated and nicely published.

I enjoyed this book very much and would recommend it to anyone with an interest in gallantry, and in the various people who have been rewarded for it.

I found the book hard to put down as it held my interest throughout.
Not only telling the story of the founding of the Victoria Cross but the history behind it in British campaigns since the Crimean War.
Highly recommend the book by Brian Best.
Ron Taylor - FEPOW Family