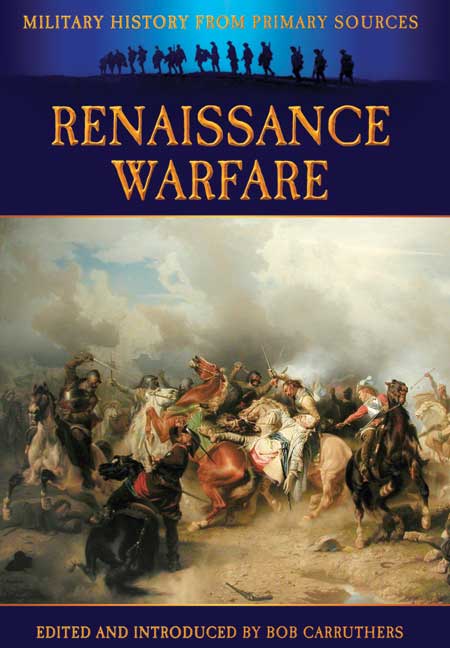 Add to Basket
Add to Wishlist
You'll be £9.99 closer to your next £10.00 credit when you purchase Renaissance Warfare. What's this?
+£4.50 UK Delivery or free UK delivery if order is over £35
(click here for international delivery rates)

This remarkable work features a comprehensive survey of the defining events of Renaissance warfare in the British Isles as described by the great Victorian military writer James Grant. The modern reader seeking an insight into the events from the early gunpowder era need look no further than further than this excellent work. Grant's outstanding scholarship, his extraordinary depth of knowledge and his masterful text combine to produce a produce an authoritative study on the battles of the period.

Renaissance Warfare collects Grant's work on the subject, from the Battle of Flodden in 1513 to the Battle of Newburn Ford in 1640. The book contains remarkably detailed accounts of many key battles from the period including the Siege of Leith and Battle of Zutphen to the capture of Cadiz and the Battle in the Bay of Cezimbra. The historically defining strategies employed during these battles are explored throughout.

Originally published as part of the Cassell's Series British Battles on Land and Sea, this book includes the original engravings, and together with Mr. Grant's period text produce an absorbing account of the period through Victorian eyes.

An interesting and explorative read for those who are not familiar with this age, a fundamental companion and precious source to every passionate student of Renaissance warfare.