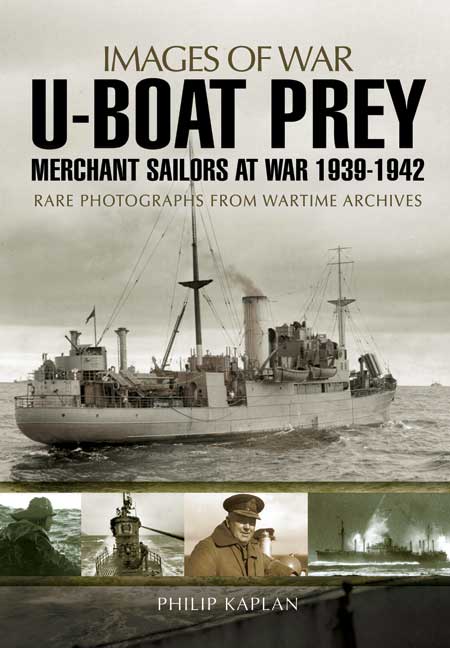 “The Merchant Seaman never faltered. To him we owe our preservation and our very lives” - The Right Hon. Alfred Barnes, Minister of War Transport.

During the first stages of the Second World War, all forces were rallied in an attempt to support the Allied effort. With trade and supply routes to Britain suddenly being placed at great risk, a stalwart team of merchant sailors were required to protect vital supplies for the British people, as well as shipping vital army necessities back and forth. The efforts of the sailors involved really can't be overstated. Despite the fact that they didn't wear uniforms, and few were rewarded with medals or memorials, they were certainly as worthy of the title 'front-line warrior' as the guardsmen and fighter pilots to whom they transported necessary combat supplies. Indeed, many are in agreement that their efforts stood between the might of German forces and the domination of the world.

Over 30,000 men fell victim to the German U-boats between 1939 and 1945. This publication serves as a tribute to their efforts, and will be followed by a second volume covering the final stages of the war, from 1943-45. Images of some of the most imposing merchant ships feature, accompanied by a lucid narrative describing the various roles enacted by the sailors on board and the wartime context in which they worked.

During the first stages of the Second World War, all forces were rallied in an attempt to support the allied effort. With trade and supply routes to Great Britain at great risk a stalwart team of merchant sailors were required to protect the vital supplies. The efforts of the sailors involved really cant be overstated. This publication serves as a tribute to their efforts during the early years of the conflict.

This fantastic 128 page paperback book, written by accomplished military author Philip Kaplan, is packed with well over 100 original, black and white photographs. Many of the images are from the author’s private collection, along with photographs from the Imperial War Museum and the German Bundesarchiv among others.

These brave men deserve a book like this, so others can remember the selfless sacrifices made by men of the Mercantile Marine who all too often became U-boat prey.

This series consists of almost one hundred books based on a rare collection of images or graphic pictures complemented with under titles and lively descriptions. The author Philip J Kaplan, who wrote already a number of books about military subjects, of which two are for the series Images of War, has a smooth style and is therefore easy to read [and] complementary to the existing literature.

The evocative images and lucid narrative of this book paint a grimly effective picture of the life and death of all the seamen involved in this epic struggle.

An interesting look at a Merchant Service that only in recent years has had some of the recognition they deserved, and a good picture of what life was like serving in convoys, relying on the escorting warships to keep them safe.