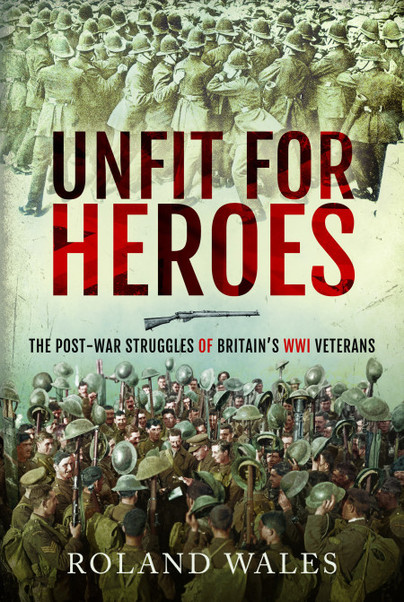 Preorder
Add to Wishlist
You'll be £20.00 closer to your next £10.00 credit when you purchase Unfit for Heroes. What's this?
+£4.50 UK Delivery or free UK delivery if order is over £35
(click here for international delivery rates)

In November 1918, an exhausted Britain celebrated victory in a war that had consumed the resources of the nation as never before. Industries had been nationalised, and both rationing and conscription introduced. Over three quarters of a million men had died, while many more had been maimed or wounded. But there were still 4 million men and women in uniform – some still fighting in far-flung conflicts – and bringing them home and putting them to work was a huge challenge. This book is the story of those 4 million men and women, set against the background of a turbulent economy, the continuation of industrial strife, which had been put on hold for the duration of the war, and the failure of the government’s plans for reconstruction. Returning soldiers struggled to find work, even before the short-lived post-war boom came to and end. And the subsequent slump, which began in 1920, would put two and a half million people out of work, and would set the country on a depressed path for years to come. The failure to deliver the land ‘fit for heroes’ after this war would have a big influence on plans for recovery after the next.