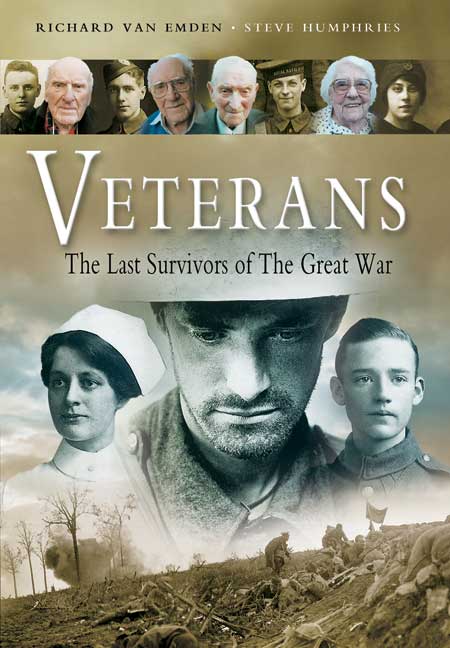 Add to Basket
You'll be £9.99 closer to your next £10.00 credit when you purchase Veterans. What's this?
+£4 UK Delivery or free UK delivery if order is over £30
(click here for international delivery rates)

Using the veterans' own words and photographs, the book brings to life a mixture of their excitement of embarkation for France, their unbound optimism and courage, the agony of the trenches, and numbing fear of going over the top. The fight for survival, the long ordeal of those who were wounded and the ever present grief caused by appalling loss and waste of life make for compelling reading. The veterans give us first hand accounts of stark honesty, as they describe in many cases more freely than ever before about experiences which have lived with them for over 80 years.

In summary, any one with the slightest interest in the Great War will, I am sure thoroughly enjoy reading this publication – it’s a must for your library!

Veterans is a superb book that covers life of the Western Front and the Home Front during WW1 it tackles the personal issues of joining up all the way to fighting and dealing with death.
One memoir recounts a church parade where it became apparent the major losses sustained during the last battle with the colonel seen sobbing.
The only problem I had finished this book in a few days I just could not put this book down. Researched in detail a true book that reveals life for individuals during WW1.