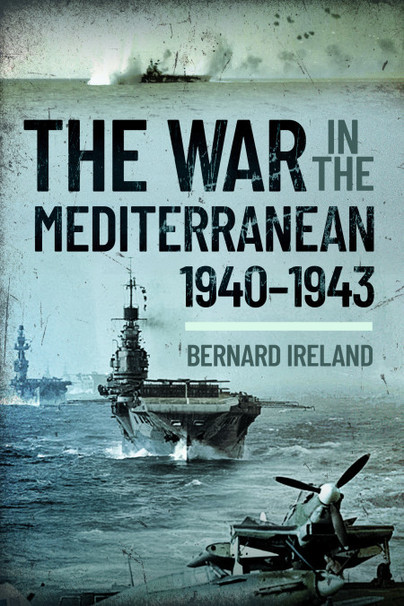 For 1,000 days the Allied and Axis armies fought for the domination of the North African shores knowing that defeat would bring disastrous consequences. Much has been written about the conduct of the land battles and the commanders who faced each other yet, as the main protagonists realised at the time, success or failure rested on the effectiveness of their seaborne supply chain. Control of the Mediterranean was therefore absolutely crucial. In the final analysis it was the Allies' ability to dominate the Mediterranean that bought them victory but there is no denying that it was a 'damned close run thing'. In this authoritative study, Bernard Ireland brings a fresh clarity to the complexities and factors at play during this critical period.

This highly recommended work is valuable reminder that co-operation with each fighting and support arm is vital if war fighting is to be ultimately successful.