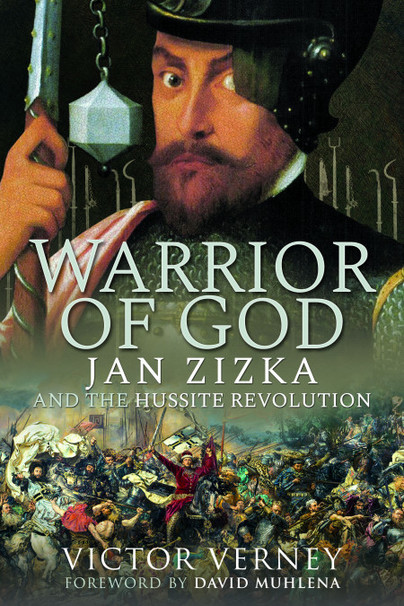 Add to Basket
Add to Wishlist
You'll be £12.00 closer to your next £10.00 credit when you purchase Warrior of God. What's this?
+£4.50 UK Delivery or free UK delivery if order is over £35
(click here for international delivery rates)

This is a very useful addition to the very small number of general English-Language works on either Zizka or the Hussites. It was a fascinating period and there is still much to be said and written about it - but this is a good place to start or even just to give you an idea of the era. A good read and well worthwhile.

The fight of the Bohemians against forces stronger than them in the Hussite War is one of the great feats of history. In the book, Warrior of God Jan Zizka and the Hussite Revolution, Victor Verney covers both the revolution and the life of one of the generals that made there victories possible. The reader is given a look at the political and social turmoil happening in Bohemia as the revolution rolled on and the military beat the odds time after time under the leadership of Jan Zizka. The author also gave a good in-depth look at the religious tensions that divided the Hussite communities.