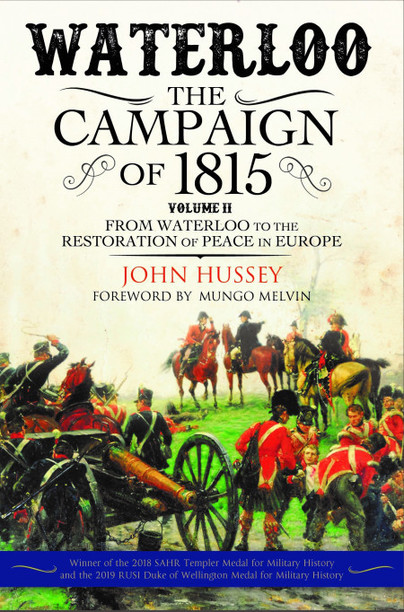 Volume II: From Waterloo to the Restoration of Peace in Europe

Awarded the RUSI Duke of Wellington Medal for Military History 2019

Winner of the Templer Medal 2017, awarded by The Society for Army Historical Research

The concluding volume of this prize-winning work provides a fresh description of the climactic battle of Waterloo placed in the context of the whole campaign. It investigates several points of ongoing contention: Blücher’s intentions for the battle, Wellington’s choice of site, his reasons for placing substantial forces at Hal, the placement of Napoleon’s artillery, who authorised the French cavalry attacks, Grouchy’s role on 18 and 19 June, Napoleon’s own statements on the Garde’s formation in the final attack, and the climactic moment when the Prussians reached Wellington’s troops near la Belle Alliance.

Close attention is paid to the negotiations that led to the capitulation of Paris, and subsequent French claims. The allegations of Las Cases and later historians that Napoleon’s surrender to Captain Maitland of the Bellerophon amounted to entrapment are also examined.

After a survey of the peace settlement of 1815, the book concludes with a masterly chapter reviewing the whole story of the 1815 campaign.

"...an indispensable starting point for all future studies of the British-Prussian side during the Waterloo campaign.

Reviewed alongside volume I

No-one knows more about the Waterloo Campaign than John Hussey, and this extraordinary book is the culmination of his life’s work in Napoleonic War studies. He is able to deal with "A fresh and meticulously researched account of of of the most climactic battles in history. Its breadth of scope is comprehensive, importantly including the political perspective and how it impacted upon the military operations. It forms an essential guide to all aspects of the final campaign of two of the the nineteenth century's greatest commanders, Napoleon and Wellington"

Wow... magnificent! I just finished volume two of John Hussey's mighty, epic two volume history Waterloo, The campaign of 1815. What a great literary-historical journey it was.

In summary I cannot over state how much I enjoyed this book. What other authors have brought into a spotlight Hussey has brought into the sunlight. Not only do we see an event illuminated we also see the context by which and in which it has relevance.

If you want to understand Waterloo you have got to read this book. 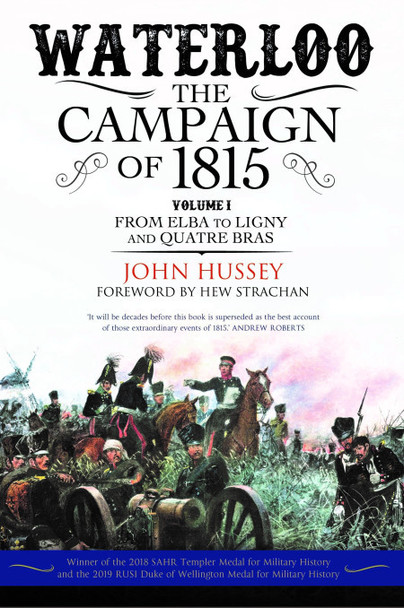 Waterloo: The Campaign of 1815 Volume I – From Elba to Ligny and Quatre Bras (Paperback)

The first of two ground-breaking, prize-winning volumes on the Waterloo campaign, this book is based upon a detailed analysis of sources old and new in four languages. It highlights the political stresses between the Allies and their resolution, examining the problems of feeding and paying for 250,000 Allied forces assembling in Belgium during the ‘undeclared war’, and how a strategy was thrashed out. Hussey investigates the neglected topic of how the slow and discordant Allies beyond the Rhine hampered the plans of Blücher and Wellington, thus allowing Napoleon to snatch the initiative from…

Click here to buy both titles for £39.98
More titles by John Hussey