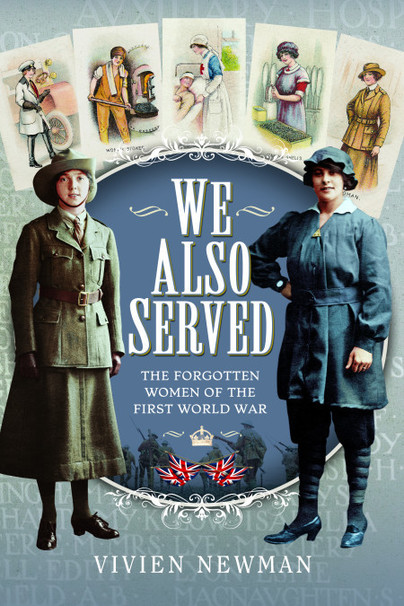 This is a fantastic social history book that explores the role that women played during World War 1. It is insightful, captivating and interesting. A great read for anyone interested in history and/or women's studies.

"A well-researched and thoughtfully written narrative."

Brilliant book! It gives such an insight to those women who work and served for their country when times were so very difficult and tough. They had stamina and courage and got the job done!

I would recommend this book to anyone interested in the roles that women took up during the war. It's an interesting and enjoyable read.

Article: Could Edith Cavell's life have been spared?

I really enjoyed this book. I've read quite a lot of books about WW1 but still found plenty of new information here, particularly regarding the many munitions accidents and the attitudes towards the land girls. The brave and stoical behaviour of women of all classes during the war went further towards women getting the vote than the antics of the earlier suffragettes did, as is so clear from this book. It's well written and researched.

A well-researched and well written narrative of the women such as doctors, nurses, ambulance drivers of vehicles, trains, ambulances, munitions workers and Land Girls, Wrens and Women's RAF personnel, who all contributed to the success of the Allies from 1914 to 1918.

Author interview for International Women's Day as featured by